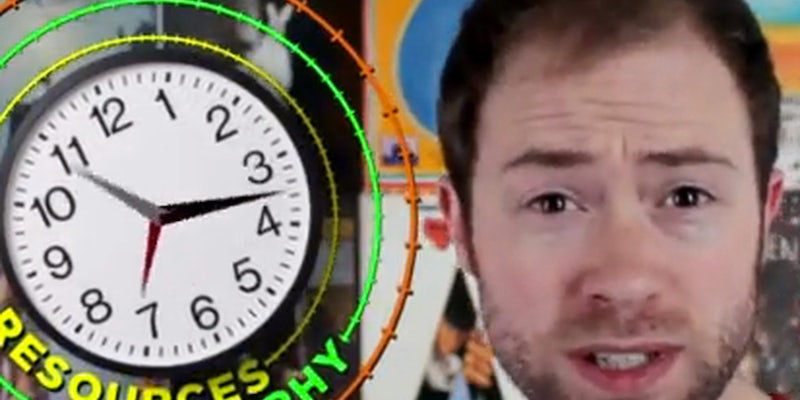 Here’s an idea: YouTube’s not always about car crashes and cats. There’s a whole boatload of positively mind-expanding stuff on that site that can actually make you want to think.

That’s the conclusion arrived at by PBS Idea Channel’s Mike Rugnetta, whose new video “Is YouTube Making Us Smarter?” surveys the creatively educational field on YouTube and determines that the learning’s there if the people want to learn it.

The eight-minute video takes a look at a number of Rugnetta’s favorite channels, including Brady Haran’s chemistry, astronomy, and mathematics videos, and “Destin’s mind-blowing demonstration of Newtonian physics.”

The host also makes a point to reference Michael Stevens’ Vsauce network, the MinutePhysics team, and the creative Canadians at AsapSCIENCE.

“They all make YouTube videos,” Rugnetta says. “Not videos that end up on YouTube, and that’s an important distinction.

YouTube’s educational value is something that’s been documented throughout the Daily Dot’s coverage of the site. In July, YouTube hero and New York Times bestselling author John Green told the Daily Dot that he sees the video-sharing site as a great neutralizer in a world where children often grow up with vastly different educational opportunities.

“What YouTube really imagines is a world in which any person with high speed Internet access can, if she or he is adequately motivated and works hard, have access to a good education through online video,” he said.

“There’s no way that online video can replace physical classrooms led by educations. But in the developing world, these resources could really be revolutionary.”

Google, YouTube’s governing body, has immersed itself in promoting that education. In October, the site announced the winners of its Next EDU Guru contest, a competition launched this summer as a way to find the next generation of YouTube educators.