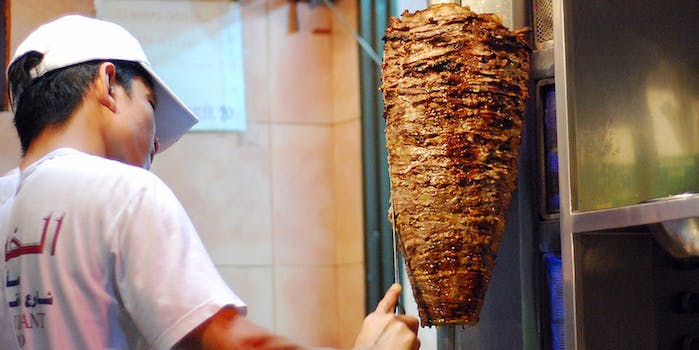 The ultimate theme music for any culinary battle

The Russian cook enthralls customers with the choreographed dance to the game's theme.

If assembling food were as brutal as a video game battle, this guy just achieved a flawless victory.

The techno Mortal Kombat theme makes every situation more dramatic. This video starts at a place most late night drunken romp through the streets of Russia usually end—a kebab stand. The pace picks up when his coworker plays the classic video game’s signature tune and he pulls off a marvellous choreographed dance.