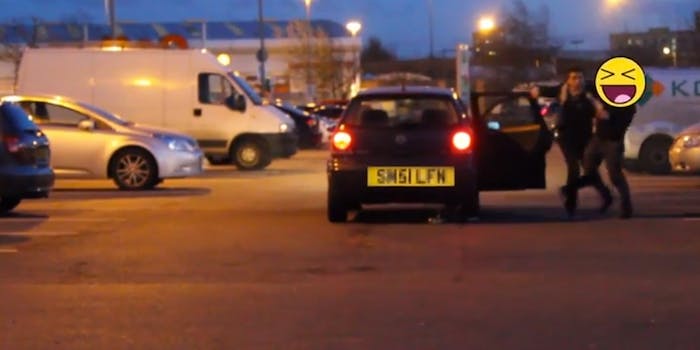 Prankster gets pummeled after trying to steal car for YouTube stunt

A man failed to see the joke when a YouTube prankster tried to steal his car from a London parking lot.

Instead, he choked the guy and gave him a decent wallop—you know, things you do to a brat whom you’ve caught trying to carjack you.

Of course the whole exchange was captured on video for user Callux’s YouTube channel. With more than 250,000 subscribers, he posts prank videos that include trolling boy band fans and tricking strangers into watching a laptop he then has a friend steal.

When this prank goes terribly wrong, Callux tries to babble an explanation, but the man just isn’t having any of it.

As if we needed more proof: Ban prank videos.