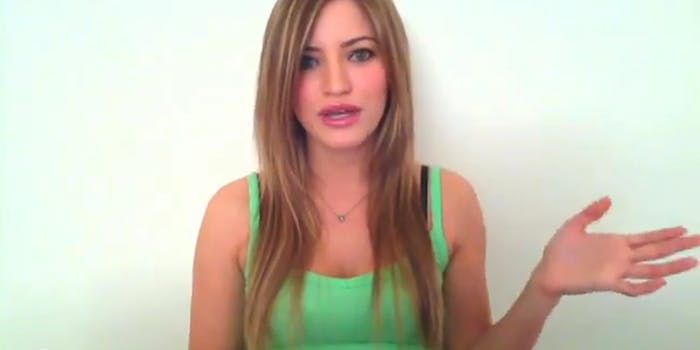 Are you YouTube’s next celebrity vlogger?

YouTube's Next Vlogger competition promises to find the next video diary star.

YouTube is looking for vloggers who have a fledgling fan base but are dedicated to their channel—the kind of people who just need that extra push to reach the next level of YouTube celebrity. The Google-owned site will pick 16 winners and pair them with mentors to help them improve their channel. It sort of sounds like MTV’s Twitter jockey contest, but you’ll actually need some talent to win this.

Applications can be submitted through April 18 and winners will receive $5,000 worth of new video equipment and $10,000 worth of promotion on YouTube. They’ll also have “intimate” mentoring sessions for three months on Google+ Hangout with top vloggers.

The project, announced on Wednesday, is still in going through some growing pains. The special Next Vlogger website fails to load and bumps to a 404 error page.

With the all the lousy video diaries on YouTube, maybe this competition will improve some channels, like F7Mx. The alleged number one fan of Taylor Swift can’t hold his camera still. iJustine could probably help with that, and just might also tell him to stop doing that creepy kiss at the beginning of all his videos. See, we’re all winners in this contest.

The competition is part of a broader initiative, called YouTube Next Creator program, intended to boost original content on the video-sharing website. YouTube held similar contests in 2011 looking for the next top chefs and trainers. Following the success of those contests, YouTube asked users what the next creator program. Users responded with vlogging.

However, no word if YouTube will hold the next, great Reply Girl competition but that doesn’t seem likely.