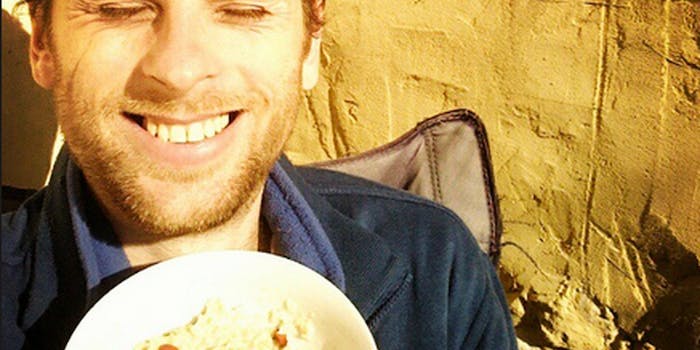 Fans and friends are paying tribute on YouTube to sonic collage artist Nathan Wills, who took his own life last Friday.

Just because you never met someone doesn’t mean that you can’t be hurt by their loss.

Nathan Wills, a 30-year-old musician from England whose sonic collages had earned him a partnership with Cory Williams’s SMPFilms and more than 20,000 subscribers on YouTube, died last Friday, July 27. The beloved artist took his own life.

Wills was hardly a well-known figure in the brick-and-mortar music world, but he was an inspiration online. Since his death, his messages of kindness, empathy, and understanding have reverberated throughout mediums like YouTube, Twitter, and Tumblr, with many of his fans and contemporaries taking the time to pay their respects in the form of tribute vlogs or favorites memories.

At the center of the effort is Sara Parker, a YouTuber and King of the Web contestant who was a close friend to Wills.

Parker took to YouTube Tuesday with a video titled “Nathan Oliver Wills | I Love You.” In it, she explained how influential of a person Wills was and pleaded with the YouTube community to support her King of the Web campaign on Saturday, Aug. 5, Wills’s 31st birthday.

King of the Web is an online battle royal pitting YouTube’s best and brightest new personalities against one another in a series of two-week campaigns to see who reigns supremes. There’s a grand prize awarded to each two-week winner, as well as a daily prize given to the YouTuber who comes away from each day with the most votes.

“I had plans for a fun, crazy campaign video but in light of recent events, I will no longer compete for the grand prize,” she wrote in the video’s description. “Nathan passed away last Friday and I simply cannot focus on campaigning right now.

“However, August 5th would have been his 31st birthday and as a tribute—and to show my support to his family—I would like to gain as many votes as possible on that day. In case I would win the daily prize, I would donate the money to his family. The YouTube community was really important to Nathan and I would like like to see it come together for in order to bring a final salute to his family.”

Since posting onto YouTube, the video has received over 11,500 views and an overwhelming majority of likes. Parker’s message has also made its way onto Twitter, where fans have tried to rally their support around her campaign in an effort to support Wills’s family and show them just how much the YouTube community loved their brother and son.

“Let’s unite YouTube,” Parker pleaded. “YouTube and the world has lost an amazing person, musician, friend, brother, son, lover, whatever you want to call him. He was amazing. His music was amazing, and he touched so many lives. I will miss you, Nathan.”