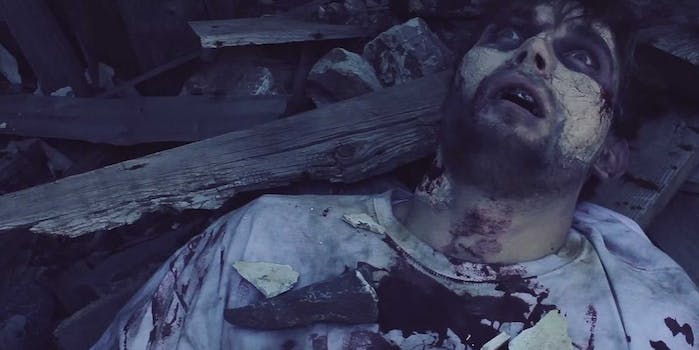 Zombies don't run, but zombie hunters do. They jump and flip, too.

It may be easier to show off your best parkour moves when much of the world has fallen prey to the zombie apocalypse, but when you have a zombie horde close behind you, make sure to get to higher ground when you take a bunch of them out at once.

When your audience is a bunch of newborns, they’ll find anything you do funny. One dad shakes his head and makes faces at them as they laugh in unison.

We can’t get enough of Daft Punk’s “Get Lucky,” so what better way to get down to it than to break out a classic dance? The song is mashed with a group of people dancing on Soul Train that works a lot better than it should.

4) Official Comedy, “An Inside Look with J.J. Abrams”

Star Trek Into Darkness director J.J. Abrams is looking towards the new Star Wars film, but after working on both sci-fi franchises, he’s getting his movie details mixed up and might be in over his head.

Now that you’ve shown up all your friends and snagged your own Google Glass, you may be tempted to divulge your inner douchiness. You’ll just end up annoying or creeping out everyone you know.