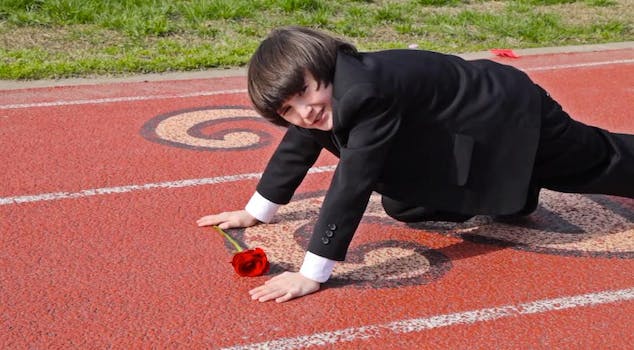 YouTube Guide: How to impress women, according to a 10-year-old

College guys, 10-year-old Cole is disappointed in you. He's here to help you be the "George Clooneyest" that you can be.

College guys, 10-year-old Cole is disappointed in you. He’s here to help you be the “George Clooneyest” that you can be, and while handing flowers to women around a college campus, gives sound advice on how to be nice and impress them.

This may make run-ins at the Starfleet Academy awkward. Leonard Nimoy and Zachary Quinto go head-to-head in a race to live long and get free lunch, and while it’s a battle of old-school versus new-school, ultimately experience can overcome a new car when you’ve played Spock.

3) Epipheo, “What the Internet is Doing to Our Brains”

Whether or not we’ve noticed, constantly being on the Internet is affecting us. Now that we can check social media and we can look anything up whenever we want, it’s ultimately that distraction that prevents some of that information from going into our long-term memory.

J.J. Abrams may have thrown away 50 years of Star Trek canon to reboot the series, but everyone but William Shatner enjoyed what ended up being Abrams’s Star Wars demo reel, so it evens out.

5) Sneaky Zebra, “Doctor Who – Adventures in Time and Spice”

Cooking is cool, and when the Doctor isn’t traveling in his TARDIS, he’s perfecting his culinary skills by exploring thyme and spice—in hopes that you’ll shout “Geronimo!” upon tasting his dishes.