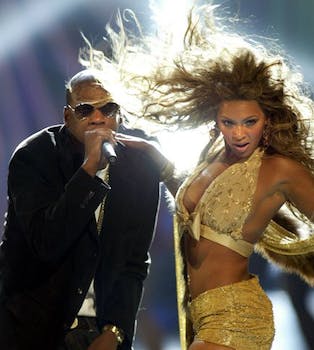 YouTube is reportedly working on a music subscription service

But what would that service look like, and wouldn't it compete with Google's own Google Play music service?

Details are sketchy thus far: even Fortune, which claimed to have been “briefed on the service by sources in the record industry and at Google,” which owns YouTube, has no idea what exactly the subscription service will entail.

What is known, however, is that the subscription service will look a whole lot like what’s being rumored for Google Play, Google’s Android-based music platform. Again, that comes via word from Fortune, who was briefed on the service but didn’t get to actually see it and did not speak with anybody who was willing to provide their name.

A YouTube spokesman did provide the Daily Dot with an ambiguous official statement on the matter, saying “While we don’t comment on rumor or speculation, there are some content creators that think they would benefit from a subscription revenue stream in addition to ads, so we’re looking at that.”

Considering that the aforementioned statement is the only information on record about the service, we’re left to speculate on how this whole thing’s going to shake out.

The subscription service will almost surely be free; that’s sort of the entire premise behind YouTube. Unless it’s coming in tandem with that paid subscription model discussed in late January—which would be a hard right turn into the world of premium participation for the video streaming site—it’s safe to say that the “subscription” component of the service will make money by increasing video views, not by charging a fee. Knowing how many people will see your music video in their subscription feed makes it easier to demand a higher ad rate.

A big reason for the development could be the fact that Billboard just recently began factoring YouTube views into its chart metrics, a move that helped make Baauer’s “Harlem Shake” a number one hit. Simplifying the listening experience and creating a template to go up against Spotify, Rhapsody, Rdio, and MOG will help increase YouTube listenership, thus making the site more influential on the Billboard charts.

For that, we turn our attention towards Evolver.fm’s Eliot Van Buskirk, a 15-year veteran of the music streaming game who’s written for such outlets as CNET and Wired.com.

“YouTube is already by far the most popular source of on-demand music in the world,” Van Buskirk wrote, “whereas Google Music is just one player in the music locker game.

“The kids think YouTube is a music service, and the breadth of its catalog might even be so huge as to be bad for music, in the sense that companies like Spotify, Rdio, Rhapsody, MOG, and Muze, which pay higher per-song royalties than YouTube does, have a hard time competing with all the free, on-demand music on YouTube — not just on their own, but in terms of powering apps, too.”

So what’s it going to look like? That’s currently hard to tell. And when’s it going to come out? Another question with no answer.