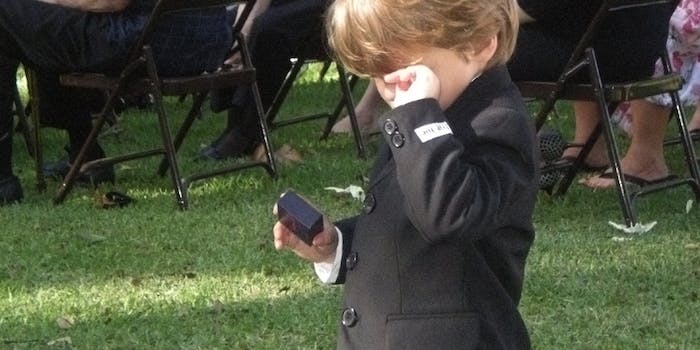 Brace yourselves, everyone: There is actually a guy out there who throws a crying fit because he can’t get married.

Granted, he’s a 6-year-old boy, but it’s a start. In a hilariously heartbreaking YouTube video uploaded by user Iiyanabuey, young “Dean” is told that he is too young to get married right away. After all, there is so much for him to do first: travel, hang out with friends, enter the second grade. Nevertheless, this revelation does not sit well with him as he feels that “a thousand and million days” is simply too long to wait to say “I do.”

If he was clutching a cat, he would become the new mascot of Reddit.

We can only hope that on his wedding day (or, even better, during his bachelor party) this video will make a painful re-entry into Dean’s life. That will really be something to throw a tantrum about.