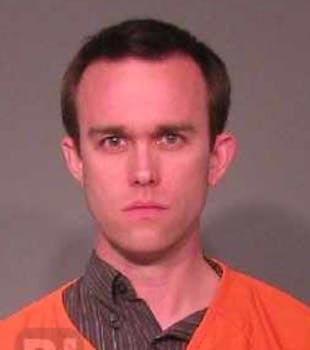 A South Carolina man allegedly uploaded a YouTube video of a young girl undressing. During the investigation, police found a child sex video on the suspect's computer.

A South Carolina man was arrested Friday and charged with 10 counts of sexual exploitation of a minor after a police investigation that began when a video of a child undressing was uploaded to YouTube.

Gregory Joseph Lingen was charged Friday and sent to the York County Sheriff’s Office Jail after police in the York County were alerted to “a subject in our area who may have uploaded a video” depicting a “female child unclothing herself,” a sheriff’s report stated.

Police arrived at Lingen’s house, where the suspect admitted to officers that he had uploaded the video, and that he had more videos on his computer.

The 33-year-old also signed a consent to seize form, allowing arresting officers to take any electronic devices from his house back to the sheriff’s office. While there, police found a “hidden folder” on a backup hard drive that featured a video of two naked boys, ages 9 and 12, engaging in various sex acts.