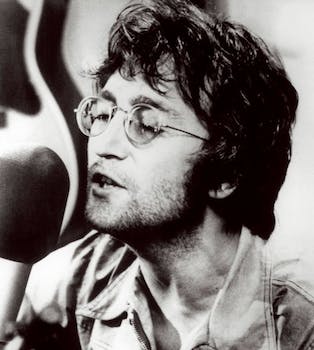 Iconic widow Yoko Ono has pulled a memorable artifact from her collection to combat the presence of guns in American society.

Iconic widow Yoko Ono has pulled a memorable artifact from her collection to combat the presence of guns in American society: the bloody glasses worn by her husband John Lennon on the day he was shot and killed.

“We are turning this beautiful country into [a] war zone,” she added. She attached a photo of Lennon’s glasses just below. 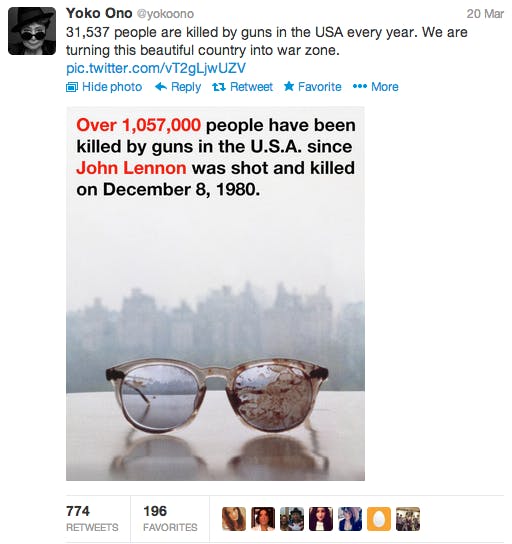 John Lennon was shot and killed by Mark David Chapman outside of his apartment building in Manhattan while he and Ono were walking home on Dec. 8, 1980. Chapman was convicted of the murder in the summer of 1981 and sentenced to 20 years to life in prison, which is where he remains to this day.

“The death of a loved one is a hollowing experience,” Ono added Wednesday. “After 33 years our son Sean and I still miss him.”