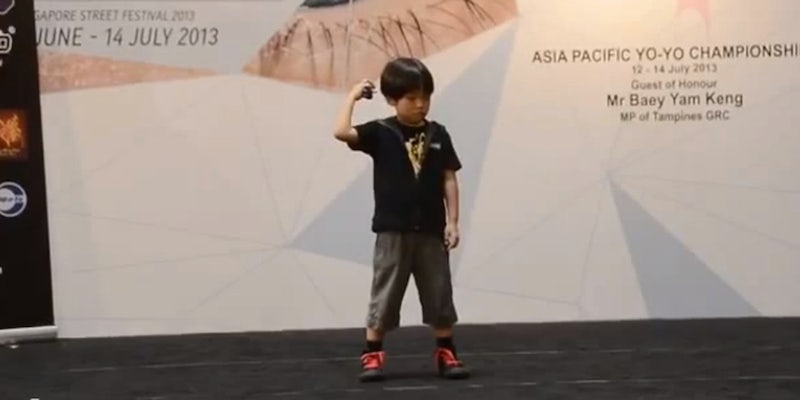 This is Yo-Yo Baby.

When’s the last time you picked up a yo-yo? Did you end up throwing it across the room in frustration? You probably didn’t have the laser focus of this kid.

At last summer’s Asia Pacific Yo-Yo Championships, 6-year-old Kazuya Murata performed nearly four minutes of yo-yo dynamics that went way beyond walking the dog, and competed against contestants four times his age. His skills have earned him the nickname Yo-Yo Baby. He even has his own fanart.