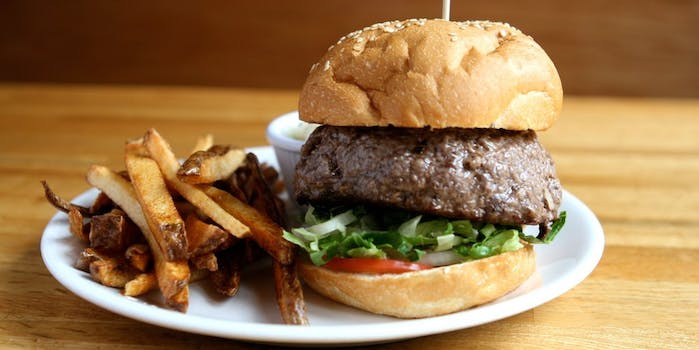 So what is the truth?

If you write a one-star review on Yelp, you better be sure there’s nothing the restaurant can fling back at you. One woman is finding that out the hard way.

Apparently, a woman by the name of Emma C. left a one-star review for Washington D.C. restaurant Nick’s Riverside Grill. According to Emma, the service was horrible, and they charged her for several drinks when she had just ordered one. Her post has since been deleted, but Heavy preserved it in screenshots. 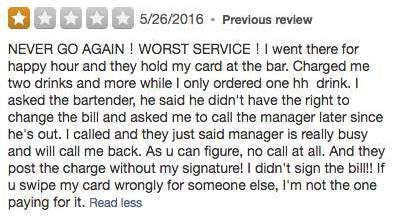 After the review went live, the restaurant’s staff fired back. Liz S., the manager, responded to the review with her take on what happened that night. And oh boy, it’s a doozy.

Liz claimed that service was indeed responsive—and that Emma did have multiple drinks. Emma was also “hard to forget” because she lost control of her bowels and shat her pants while at the bar. She allegedly disposed of her poopy underwear in the bathroom trash can, and the manager that night had to take care of the mess. Liz wasn’t going to roast Emma this hard, but felt like she needed to set the record straight after the less-than-stellar review. 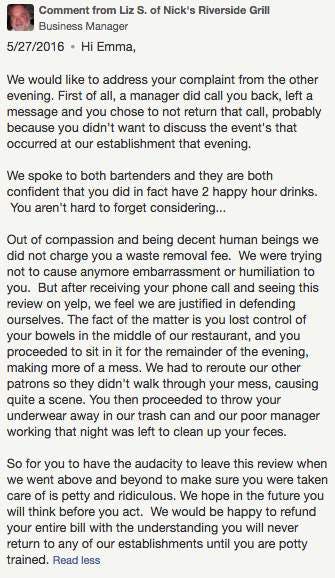 Wowza. But Emma didn’t stop there. She responded to Liz by saying that the story was “CRIME OF DEFAMATION.” The alleged bar-shitter stuck to her account and calls for the restaurant to check their security cameras for poop—sorry, I mean proof. Eek, what a messy situation. But what I’m still wondering, if Liz’s version holds up, what Emma must have eaten at this 2.5 star-rated restaurant to have shat all over herself.

Update 5:27pm CT, June 3: Nick’s Riverside Grill has walked back their pants-pooping accusation, now claiming a case of mistaken identity. The restaurant’s owner—who isn’t even named Nick, but Greg Casten, delivered a lengthy statement on the matter via email to Washington City Paper:

I believe that Nick’s Riverside Grill has made a mistake. After extensive research which revealed new facts, stern cross examination of the numerous employees involved, and speaking with the friends of the woman who wrote the review, there is clear evidence that a mistake in identity did happen.  There were several factors in the mistake and obviously we feel terrible for the answer given, considering the writers complaint had nothing to do with the incident.  If you truly want all the different aspects of proof, the additional factors and the strange coincidences that caused us to believe the response was aimed at the person involved in the incident, I can provide in a phone conversation—there is a lot of pieces here.

Regardless at this time I have very little question that the woman who wrote the review was in fact not the same person to whom the described incident occurred.  We are wrong and we have reached out to apologize. And if you print anything about this, I would appreciate your including the apology to the writer.

While I did stand behind my employees and what they were confident of, I also stand behind them and believe this was an honest error and not meant to be anything other than an expression of disbelief that someone might lash out at our establishment considering the above and beyond the call activities that were necessary due to another’s situation.  And certainly was not expecting the story to be a headline.

I too apologize for my part in all this.  My mistake was in allowing the comment to go forward, although at the time I acquiesced, I did perform research and had good reason to believe the review was from the individual involved in the incident, erring on the side caution could have been the more prudent path.  There is an interesting relationship between Yelp and restaurant’s and just as in this case, the truth is not always what is written.  Although the details I wrote about were true, the identity of the person was a mistake and we acknowledge such.

As I said—yesterday was a busy day for me and I did not have time to get back to you until this morning.  I have reached out, but have not heard back, nor have I ever been able to connect with the person who came to retrieve her card and wrote the review.

As for the actual pants-pooper, well, they’re still at large and presumably pooping. In fact, they could be sitting next to you right now.