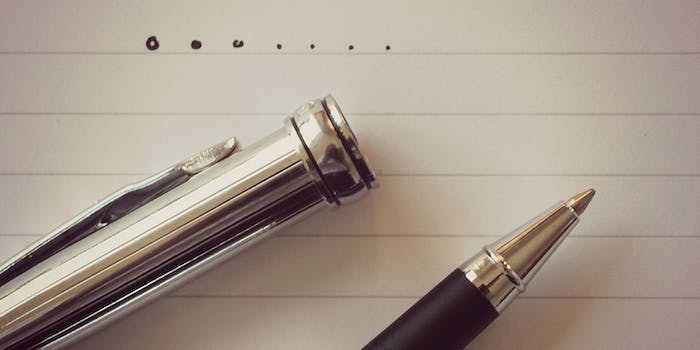 This ‘novel’ is just people tweeting about writing their novels

No time to read, #amwriting.

Writers have always struggled with procrastination, and Twitter is among the most insidious timesucks at their disposal. Just ask Jonathan Franzen, who declared it “the ultimate irresponsible medium” without ever registering an account—now that’s a distracting website.

Point is, it’s a lot easier to tweet about “working on my novel” than, you know, actually work on one’s novel. This is the thrust of a project by artist Cory Arcangel that’s about to make the leap from laptop to bookshelf. Working On My Novel, out on July 31, is a collage-like “novel” that collects 127 tweets containing that very phrase—the same sort of updates he retweets as @wrknonmynovel. Always happy to measure the yawning gulf between people and their idealized selves, Arcangel has also drawn attention to the social media commonplace “follow my other Twitter” and maintains “Sorry I Haven’t Posted,” which compiles “inspiring apologies” from bloggers who have left their sites dormant for a while and want to reconnect with their hypothetical readers.

So beware: if your online ambition or self-importance outstrips your actual accomplishments, you just may wind up a work of art. Which is not to say these tweets aren’t already museum-worthy.

Kanye has inspired me to start working on my novel again, thank you Kanye