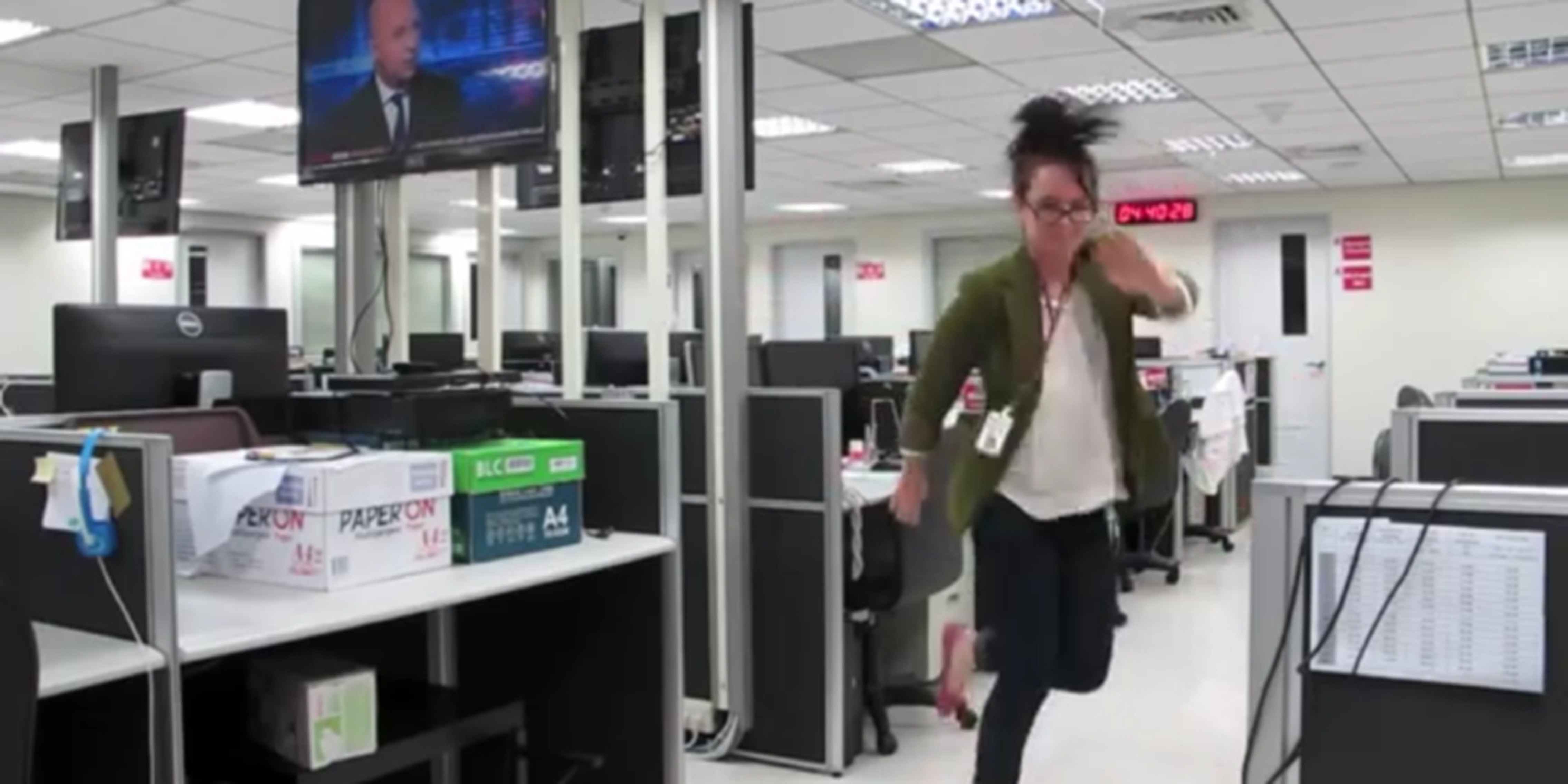 Woman quits her Internet job in the most Internet way possible

This redefines the exit interview.

Over the weekend, Marina Shifrin did what many people long to do: She quit a job she hated. Shifrin was employed at Next Media Animation, creator of those bizarre Taiwanese reenactment videos, so she gave her boss this bit of news in a medium he could understand.

In the video, which is accompanied by Kanye West’s “Gone,” Shifrin dances around her office at 4am, alone, as captions explain her predicament. She’s devoted two years and sacrificed relationships for this job. Her boss only cares about page views, not content. So Shifrin added in some very specific content: I quit. And she did so without yelling, without a meltdown, in a way that speaks to everyone who works on the Internet.

The video now has more than 300,000 views. That Shifrin quit a job producing viral videos via a viral video might be the most meta representation of our modern media news cycle. We’re guessing someone hires her pretty quick.