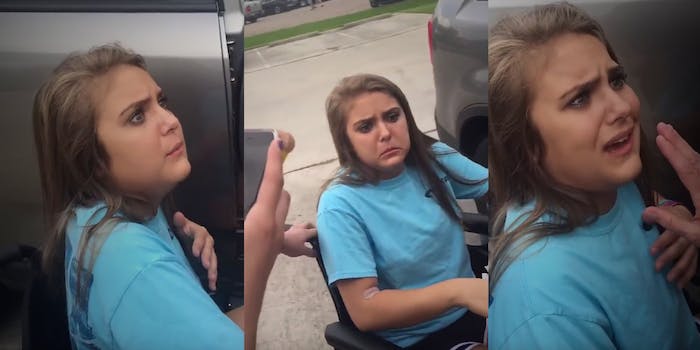 Even if it's fake, it's still hilarious.

Outrageous videos of people after wisdom tooth removals have become almost as common as the procedure itself. We all know that things can get pretty hilarious after waking up from that anesthetic, and that it’s best to have someone on hand to film every moment.

The latest: a young woman screaming about choking on none other than a big, fat, black dick.

Her mom doesn’t appear to be all that pleased with her daughter’s choice of words, but it also looks like she’s just trying to get her into the car so they can be on their way. But this post-surgery jokester isn’t going to make it easy.

Commenters are calling bullshit, and we could believe the freakout was staged. But would someone really go through all the effort of puffing out their cheeks like that and screaming about cock in front of their mother just for a bit of viral glory?