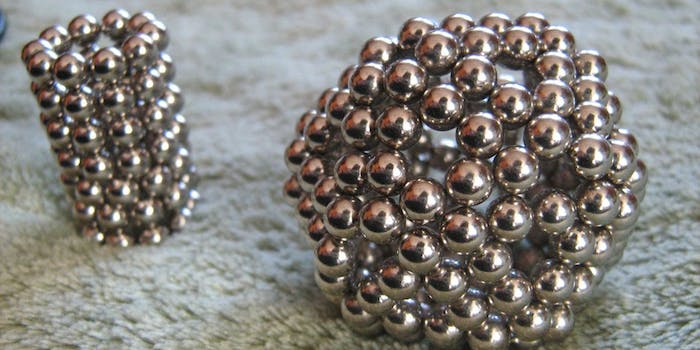 Wikipedia prides itself on being able to include a variety of topics that wouldn’t have a place in a conventional encyclopedia. But when it comes to alternative medical practices, the website’s co-founder, Jimmy Wales, says there is simply no place for “the work of lunatic charlatans[.]”

Several months ago the Association for Comprehensive Energy Psychology launched a petition challenging the Wikipedia community’s “biased” attitude against energy psychology (a theory that electromagnetism plays a key role in human psychology) and other alternative medical disciplines. The Change.org petition got to about 7,000 signatures before stalling out back in Januarary.

But the debate flared up again this week when Wales offered his rebuttal to the group’s position. And it was none-too-kind.

“Every single person who signed this petition needs to go back to check their premises and think harder about what it means to be honest, factual, truthful,” Wales wrote on Change.org.

The petition in question calls out much of Wikipedia’s information on holistic medical approaches, information that supporters say is “biased, misleading, out-of-date, or just plain wrong.”

“They don’t present the pros and cons of these methods, all they do is trash them,” said Robert Schwarz, the executive director of the ACEP and a practicing clinical psychologist who uses energy techniques*.

Though Schwarz says he understands the need for critical and rigorous review of the information that winds up in the online encyclopedia, he claims fields like energy psychology, thought field therapy and Tapas Acupressure Technique have been unfairly maligned by the Wikipedia community.

As a general rule on Wikipedia, article information is supposed to come from credible secondary sources. The information also has to be presented from a Neutral Point of View from editors who have no conflict-of-interest regarding the topic at hand.

Schwarz told the Daily Dot that he doesn’t disagree with these rules, but feels they aren’t fairly applied to his discipline. He insists that perfectly valid research on these topics is rejected by other Wikipedians, while less reliable sources are permitted for conventional medical practices.

“It’s not a problem of the scientific community as a whole, it is the problem of a small controlling group of skeptics who control these pages,” Schwarz said.

Schwarz didn’t suggest any specific rule changes for the site. The ACEP’s petition calls on its supporters to refuse monetary donations to the site until “fair-minded referees” are given responsibility for monitoring the relevant pages.

But on Wikipedia, it’s hard to affect change this way. Controversies and disagreements are usually worked out internally between editors who pay little mind to external pressures.

Because it allows anyone and everyone to edit its pages, Wikipedia has no singular editorial stance, but Wales’s views definitely seem to influence the broader culture. Entries for fields like energy medicine are categorized under Wikiproject Skepticism, which promotes a more rigorous review of articles that challenge scientific orthodoxy. This means articles on alternative medicine are treated the same as articles about UFO sightings or paranormal activity.

Even prior to this petition, Wales has gone on record as an ardent opponent of homeopathic remedies. In a 2013 blog post about oscillococcinum cough drops, he branded them a fraud and questioned their legality.

But Schwarz said statements like this cross the line from skeptical to flat-out hostile.

“The problem with Wikipedia skeptics isn’t that they are demanding citations, it’s that they aren’t open to anything new,” Schwarz said.

*Correction: Robert Schwarz’s job description has been updated in this version of the story.