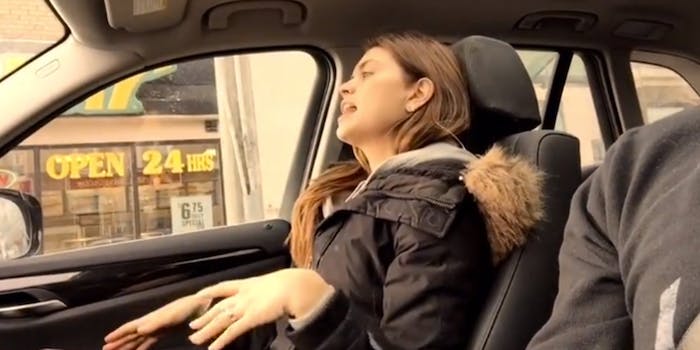 We think this marriage is going to be just fine.

Ladies, we’ve all been there. We’re chillin’, illin’, minding our business, while our significant other covertly films us rapping along to Salt-N-Pepa in the car.

YouTuber Sir Prise did just that, as his wife sung along to Salt-N-Pepa’s independent ladies’ anthem, “None of Your Business.” He only captured about 40 seconds of the song before she realized what’s going on, but her flow is pretty tight. We think this marriage is going to be just fine.

Sir Prise also uses the video as a call for people to be themselves and not worry if people are judging. Does that include singing the entirety of “Bohemian Rhapsody” in the shower?