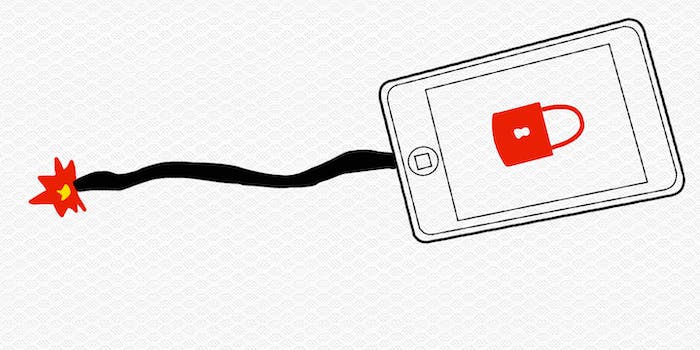 This top-secret message will soon self-destruct

Wickr allows a user to send text, photos, and videos that self-destruct after a certain period.

At the DefCon security conference, a topic that often arises is the need to share vulnerability information. But being hackers and other such privacy-minded individuals, the attendees are often only comfortable exchanging such information in person, where no trail is created, according to BuzzFeed.

Programmer Nico Sell thought there had to be a better way. If there’s important information to impart, there should be an avenue for such whistleblowers to do so without putting themselves in harm’s way.

With the cooperation of “a team of security and privacy experts,”  he developed Wickr.

Wickr is “an ephemeral encrypted messaging app that completely destroys the information after it has been sent,” wrote Buzzfeed’s Justine Sharrock. “Wickr offers complete anonymity and encryption that meets NSA top-secret compliance.”

The app, whose tagline is “leave no trace,” allows a user to send text, photos, and videos that self-destruct after a certain period. In other words, it’s whistleblowers’ alternative to Snapchat, the popular Facebook app.

With governments and corporate interests around the world now fully tuned into the potential of electronic communication to give people the option of uncontrolled speech, they’ve devoted significant resources to reestablishing control over that speech electronically.

A new group of apps and programs are being launched to employ ephemeral messaging as the next step in the communications arms race. In addition to Wickr, TigerText, BurnNote, GiGi, and S2end also employ this strategy.

“(P)rivate communications is a universal human right that is extremely important to a free society,” it says on Wickr’s About page. “Today, that right is almost nonexistent.”