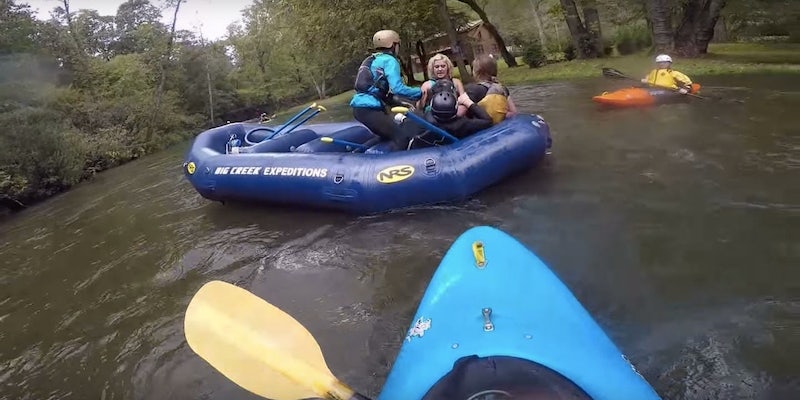 Angry sisters’ whitewater-rafting fistfight is the best action movie ever

This is not the ideal venue for a fight.

Observing nature while whitewater rafting can be quite enjoyable. The green of the forest, the twists and turns of the river, and, of course, two sisters duking it out for god knows what reasons.

YouTube user Cody Maple captured footage of the rawest of sibling rivalry while floating on a raft down a winding stream. Maple and his group came across the inflatable hosting the brawl, which featured the dueling duo and a captain yelling at them to stop. There’s also a fourth woman, but she’s mostly hidden by the hand-to-hand melee.

The sisters seem to have no qualms at all about throwing fists while sitting inside an inflatable raft that could easily capsize. One of them must have seriously fucked up.

As epic as the woman who headbutted the other woman in a Walmart? You tell us.