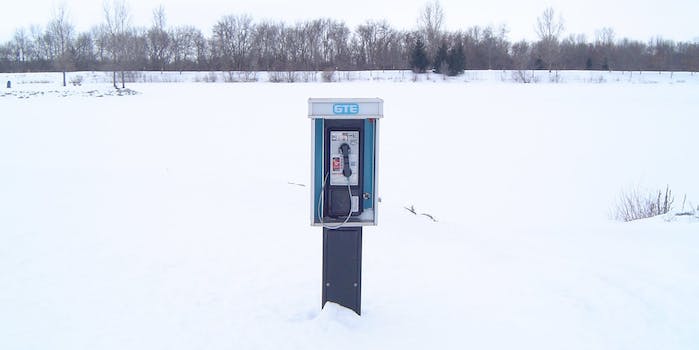 What would you say if you had 30 seconds to call yourself 5 years ago?

Everyone has regrets, but choosing just one to remedy—and figuring out how—is trickier than it sounds. Consider what you’d tell yourself from five years ago if you had a 30-second phone call to impart some crucial wisdom.

That was the big hypothetical posed to r/AskReddit this week, and while the answers range from the obvious (winning lottery numbers) to the heartbreaking (spend more time with a loved one who will soon pass away), some strategies for self-improvement were rather surprising.

Take Live_Lucky, who learned about the true cost of late-night tacos:

Don’t drive home. Stay where you are. The tacos aren’t worth jail time, no license and $10,000 in fees/fines. Most expensive tacos ever.

GlutenFreetos would use the opportunity for an epic prank:

I would start breathing heavily, and creepily, then slowly say “Seven Days”
My past self would die and shit, it’d be great

Choose better best men – one won’t show up and the other will tell everyone about how you had to take an emergency shit behind a Co-op (UK supermarket) in his speech or have you as his best man a couple of years later:(

Chappy5001 had a very simple bit of advice:

Set up your god damn voicemail!

Tr4sh3d doesn’t hold out much hope for his younger self:

I won’t answer…. I never answer my phone. Especially from an unknown number. Ain’t nobody got time for that.

And NotCarlos is suffering from some present-day self-consciousness:

I’d probably waste 10 seconds awkwardly saying hello then another 10 seconds building up to saying bye.
Sometimes I hate being British.

Congrats to thestooshie for delivering the real talk:

Come out of the goddamn closet. You are SO GAY.

Seems like oishter just wants to impress their friends with TV predictions:

I’m the rare sort of person who LOVES spoilers, it never ruins experiences for me, so I’d just run through the major plot points of the next 5 seasons of all my favorite shows. And I’d tell myself not to watch the HIMYM finale.

Whereas Jatts_integrity wants to be a real hero:

On May 28, 2016 a kid is going to fall into the gorilla enclosure at the Cincinnati Zoo and Botanical Garden.

“Alright, listen up you little shit. In five years, you will have 30 seconds to call yourself from five years ago. Think of something better than I did.”

So, what about you? Anything in the past you’d try to change? Apart from your Bitcoin investments, I mean.