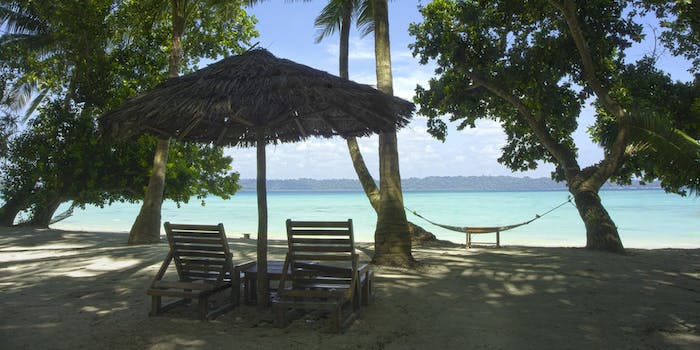 Don’t come for me, Jezebel, unless I send for you

Anyone who knows me knows that I make a genuine effort to be a kind, decent person despite being

assaulted with bullshit at every turn. And when I look back, I might be mad that I gave this attention, but 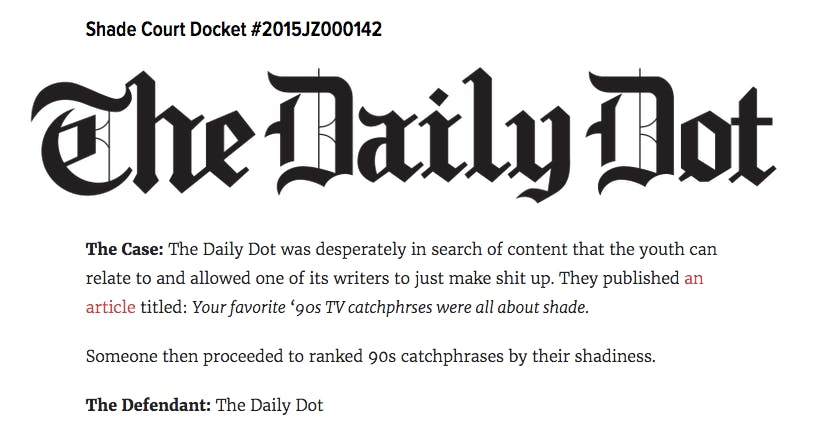 And what’s a shady West African to do? Nigerians invented the side-eye, the teeth-suck, and the shady laugh. So mutha is going to take a moment and school saplings on how

But first let’s take a look at Kara Brown’s definition of shade:

In a “Shade Court” post titled “Grace Jones Shaded No One,” the typist states that the New York Times and Michelle

Duggar were shady the week of Sept. 11. I’ll be the first to admit that shade knows no color, lest we forget the many

times Madonna shaded Lady Gaga. But there is no way that a predominantly white institution promoting the

Shade is, quite simply, the act of disrespecting another individual. It can be subtle or it can be brazen, but the

most important component is that the recipient feels judged. Some examples for your instant edification:

Writing an article on the definition of shade in the best city in the country for a typist, the gluten-and-water-deprived cultural wasteland that is Los Angeles These are different manifestations of shade. Yet, we can say that shade occurs because of the wave

of disrespect headed toward Mariah and Kenya. Since slang words can be used differently

depending on street, city, county, state, region, and country, there is no point in checking me on my definition

of shade—because none of you even know me.

“shade.” They get on their Windows 95 computers and police authors into abiding by their rigid

But you can’t do that, typists.

My Nigerian aunties taught me all I need to know about shading. Remember, the word “shade” was in the black community before Urban Dictionary and far longer than you’ve been watching

Those of us well-versed in English know that words evolve over time.

The word “awful” used to mean full of awe, and now it just means “trash.”   (Like: Your opinions are awful.) The word “quell” used to mean “kill” instead of just “subdue.” (Like: I’m going to quell the shade police before they get out of hand.) The word “Jezebel” used to mean “scheming shameless woman,” but now… well, it still means the same thing.

All of this shade redlining starts with Grace Jones saying that very little in pop music is innovative:

“They dress up as though they are challenging the status quo, but by now, wearing those clothes,

pulling those faces, revealing those tattoos and breasts, singing to those fractured, spastic, melting

beats—that is the status quo.”

Brown goes on to argue, wrongly, that this is not shade. Normally, I

wouldn’t care about this story—but it is my civil duty to prove Jezebel’s typist wrong. This may not seem

has spent their life’s work entertaining the masses, it’s a total dig.

First of all, queen regent Grace

“Trends come along and people say, ‘Follow that trend.’ There’s a lot of that around at the

Grace Jones is a legend, and no one denies that. But commenting on her diva descendants without

acknowledging the David Bowies and Josephine Bakers who influenced her is shady. She is an

amalgamation of culture, coming together in the perfect storm of Diva Extraordinaire. Jones’ minimizing of the work that icons like Beyoncé (who has been performing since she could walk) have put into their

career is shady. Referring to her as “Sasha Fierce” and not her goddess-Tina-Knowles-given name,

“Beyoncé,” is shady. Grouping Beyoncé in the same category as Miley Cyrus and Rita Ora…. THAT’S

SHADY. Remember, Beyoncé never, not once, has said anything disparaging about Grace Jones. And Grace Jones reducing Beyoncé to a trend is a shady reduction of a nearly three-decade career.

Grace Jones even goes as far to discuss a certain pop star under the pseudonym “Doris,” saying,

“[Doris] looks lost, like she is desperately trying to find the person she was when she

started… I don’t mind her dressing up, but when she started to dance like Madonna, almost

immediately, copying someone else, it was like she had forgotten what it was about her that could

But since Jones isn’t upfront about whether Doris is Lady Gaga, Beyonce, Sweeney Magoo, or Virgin

Mary, we have to take what she says as shade.

Grace Jones is shady the way Prince is shady. Both have every right to be, but let’s stop policing language for the fun of it and call a spade a spade, boo.

Grace Jones is so masterful at throwing shade that Jezebel didn’t even notice. Novice mistake, just

Remember, I’m not correcting this egregious article out of malice. This is just to point out that the very

typist policing shade DOESN’T HAVE THE BEST GRASP ON IT HERSELF.

So let’s get this straight: The woman policing my shade doesn’t even know Olympic-level shade when she sees it. Girl? Girl? Girl????? It’s never too early to get a hearing aid in, because I don’t think you hear me yet: Shade-policing is basic as fuck.

Let’s stick to one simple rule. If your name is not Prince, you are not the Shade Maestro. Ergo, quit with

the policing. Ergo, mind ya business. Ergo, don’t come for me unless I send for you, hon-tey. Got it, dude?

And for those of you who still don’t understand the definition of “shade,” look no further than this entire

article—sewn with the sweetest fibers of the shadiest palm tree in the Western Hemisphere. And Jezebel, next time you want to start a war, just @ me. I’m all #chargedup.

Otherwise, stay in your lane, Meek, and I’ll keep being young Aubrey.

Photo via Jakub Michankow/Flickr (CC BY 2.0)