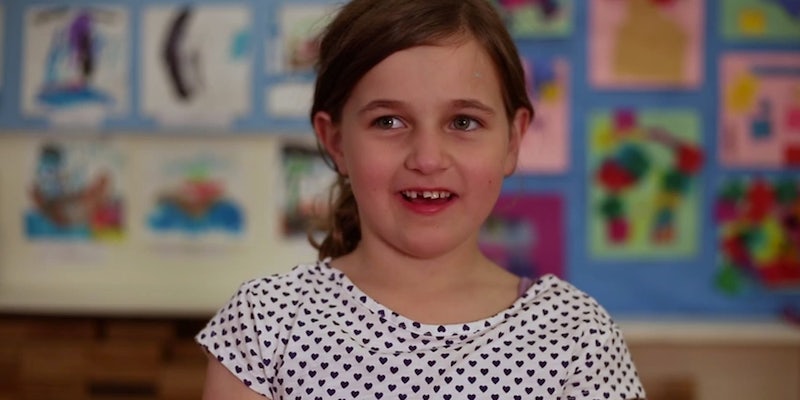 Kids dream about the darnedest things

It's not all about ponies and flying.

Dreams are weird, no matter what age you are.

WNYC recently asked a group of 7- and 8-year-olds their thoughts about what they dreamed about when they went to bed. We probably don’t remember many of our childhood dreams, but they recall enough of theirs to reassure us that the strange things our minds come up with aren’t just us.

It’s all about giraffes in the closet, switches, and “the whole world was a two-eyed person,” but they’re a little off when it comes to imagining what other people dream about.

It’s one less bleak reality those kids will have to face when they grow up, but they might miss having that good night’s sleep in the first place.