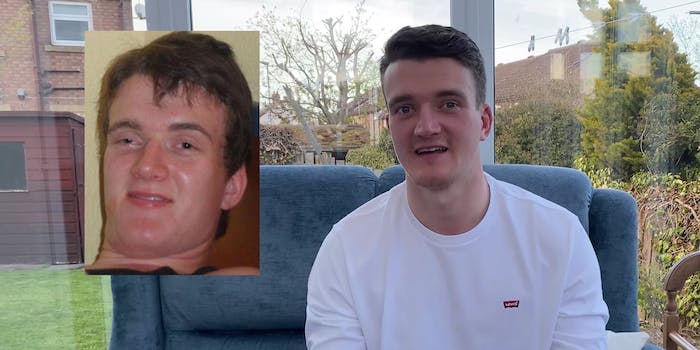 Weekend update: ’10 Guy’ reveals identity after a decade and more

TikToker says she was booted from Raya after exposing Matthew Perry

The 20-year-old TikToker who exposed Matthew Perry for matching with her on Raya—and subsequently flirting with her on FaceTime—was reportedly booted from the exclusive dating app.

TikToker Kate Haralson reportedly shared a since-deleted video to her TikTok account featuring her and Perry’s FaceTime call, during which they seemingly played “20 Questions.”

In a recent interview with Page Six, Haralson said she was inspired to post the video following fellow TikToker Nivine Jay’s viral video, in which Ben Affleck was similarly exposed, and wanted to further highlight how many celebrity men take advantage of young women on dating apps, as Haralson was only 19 when she and the 51-year-old Friends star matched. Haralson later updated Page Six on Friday to tell the outlet that she was kicked off Raya. “I should have expected that would happen,” she said. “I feel fine about it. I never really used it anymore anyways.”

Raya is known for maintaining the privacy of its users, many of whom are public figures. “Every member is expected to follow our simple rules of respect, trust, and privacy,” its guidelines read.

In the Friday interview, Haralson also gave advice to those who are considering exposing their celeb Raya matches. “Unless you wanna get banned, don’t do what I did,” she said.

Give mom something she can really use: High-quality masks

Give mom the best in COVID-19 defense: Armbrust USA high-quality surgical masks. Each mask is FDA-listed and has ASTM Level 3 certification, so it filters all viruses down to 0.1 microns. That’s enough to keep COVID-19 at bay with room to spare.

In honor of moms, Armbrust USA is offering a 40% discount on its green, red, pink, and grey masks in its Mother’s Day Sale. Nab a pack of 50 or 200, and save big. Doesn’t mom deserve the best in COVID-19 defense? Visit Armbrust USA to take advantage of this amazing deal.

The man responsible for the iconic “10 Guy” meme has come forward to reveal his identity after a decade of remaining anonymous. Connor Sinclair tells the Daily Dot that the meme’s connection with cannabis was one of the reasons he chose to remain anonymous for so long. Despite his initial hesitancy to reveal his identity, Sinclair says 10 Guy has brought him almost nothing but good things—including his current girlfriend.

‘It’s clearly keeping an eye on me’: Hiker posts TikTok of his supposed Bigfoot sighting

Mike Bodewitz, a hiker in Oregon, recently shared a TikTok video that he thinks captures evidence of another “Bigfoot” sighting. In a series of videos, Bodewitz says that he saw the creature in mid-April. In one video, he says the Sasquatch is “watching” him. His most recent video claims he saw Bigfoot as he was walking to a ravine. Bodewitz admits he cannot see any of the alleged Bigfoot’s facial features; he also says he’s not sure if the creature was a male or female. But he’s still convinced.