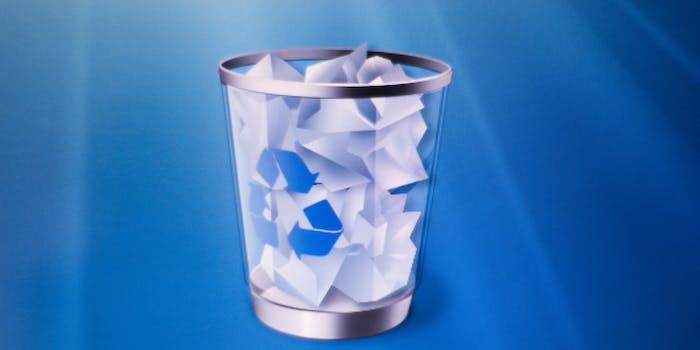 Do we need a new definition of plagiarism?

Ideas need to be stolen in order for plagiarism to exist, and from the looks of things, the Internet media is fresh out.

As lists became literature, the definition of plagiarism has remained static. Is it time for that definition to change now that two prominent journalists have been caught stealing?

BuzzFeed‘s Benny Johnson lifted text from a treasure trove of sources. BuzzFeed subsequently fired him after discovering 41 instances of copypasta (but not before defending him and calling him a “deeply original” writer). Carol Vogel of the New York Times also appeared to be guilty of plagiarism; she copied a passage from Wikipedia. No disciplinary action has been taken at the time of writing, but the Times says they are investigating it.

The news caused a stir among media members: Is it really plagiarism if you’re rewording a sentence or two for a vapid listicle or a photo caption?

“The ethics of plagiarism have turned into the narcissism of small differences,” Weingarten wrote. “There’s a difference between crappy, lazy Internet writing and real plagiarism and I contend that when you start calling the first thing the second thing, you belittle the seriousness of real plagiarism.”

He also likened the sort of “plagiarism” of which Johnson (and to an extent BuzzFeed itself) was guilty to stealing a fart. “I contend you cannot steal something of no intrinsic value; say, a fart,” argued Weingarten. “Someone who steals a fart is a weird, disreputable person, but not a thief.”

Unbelievably, it seems that line of Weingarten’s may have been plagiarized. The Awl noted that Wired‘s Mat Honan joked something similar once the Benny Johnson story broke.

Trying to take Buzzfeed guy’s plagiarism seriously but the posts in question… It’s like he stole someone else’s signature fart.

As Nicole Dieker noted in the comments of the Awl article highlighting Weingarten’s supposed plagiarism, “If plagiarism now means being responsible for reading every single tweet to see if someone has already quipped your quip, we have problems.”

And we do have problems, though they run deeper than just quips. The very nature of modern online media—churnalism—necessitates borderline theft. The race for pageviews propagates “plagiarism.”

Let’s look at the CIA-related articles from The Week and Business Insider. They’re both exactly the same. A sentence or two summing up the issue, then the embedded tweet.

Plagiarism! Scandalmania! I kid, of course. No sane person would argue the above examples represent plagiarism. Both sites merely shared content—a tweet in this case—they deemed clickable.

The same argument could be made for any viral video. Who calls it plagiarism when HuffPost, The Daily Beast, Time, MTV News, and The Daily News all post the same video of a hedgehog eating a birthday cake and use similar language to describe it? The media world (correctly) doesn’t view these instances as plagiarism because they’re not stealing per se, even if some of the articles are almost exactly the same. They’re simply sharing content.

Words are still sacrosanct—even if a writer is ripping off IMDb trivia for yet another brain dead 32 Things You Didn’t Know About [Popular Movie] listicle, even if they’re compiling a list that’ll have more GIFs than complete sentences.

Is stealing from IMDb really plagiarism though? It’s not if you link to it. But if you reword it without linking, it’s considered plagiarism. Why? Why should something so basic be bombarded with the p-word—a veritable nuclear warhead? Calling stuff like that plagiarism is a sledgehammer when the current media climate needs a scalpel. Stuff gets ripped off all the time. If the anonymous tipsters who outed Benny Johnson studied pageview-centric content from more writers (not only from BuzzFeed but from anywhere), they would find even more instances of text lifting. Does that mean the industry is full of plagiarists?

No, it means part of the industry is lazy. It also means part of (if not all) the industry is under insane pressure to prize virality above virtue. So many of us need to achieve as many page views as possible as fast as possible. To that end, we often have to rehash things and h/t things without adding much commentary. We have to become drones that repost, that borrow, that appropriate GIFs, images, tweets, videos, and sometimes even words and small bits of information.  How big of a crime is that?

Ideas need to be stolen in order for plagiarism to exist, and from the looks of things, the Internet media is fresh out.

The wi-fi tides are bringing the old guard of media and its antiquated notions out to sea, and plagiarism might be going along with them. Perhaps the media world’s definition of plagiarism needs to change anyway. Perhaps the written word, as it pertains to standard viral fare, should become analogous to images and videos—just another tool in the arsenal of the “content creator.” Because whether we like it or not, the Internet isn’t going anywhere.