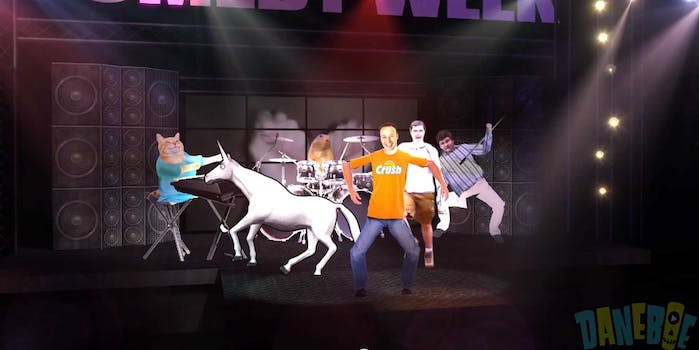 If you haven’t been around YouTube lately, you can now watch every notable viral video from the past eight years in one digestible video set to the tune of Billy Joel’s “We Didn’t Start the Fire.”

Can’t get enough of Daft Punk’s new album? Joe Jeremiah gives a new spin on the French duo’s music by performing 8-bit samples from every song. It especially works during a round of Tetris when you’re sick of the repetitive theme.

Graduation is right around the corner for high school seniors, and reality is about to slap you in the face. You may be free but there’s lot of pressure to not screw up, as Rhett and Link only too happily remind you.

It’s the nostalgia of the original Nintendo Entertainment System with the modern twist of Robert Downey Jr.’s Iron Man. Play your way through the first movie with Tony’s rescue, suit prototypes, and eventually getting the girl.

What’s worse than spending your Saturday night alone? Everyone’s having fun at all those parties without Dana, and an array of mishaps and frightening creatures are stopping her from finally going out with her friends.