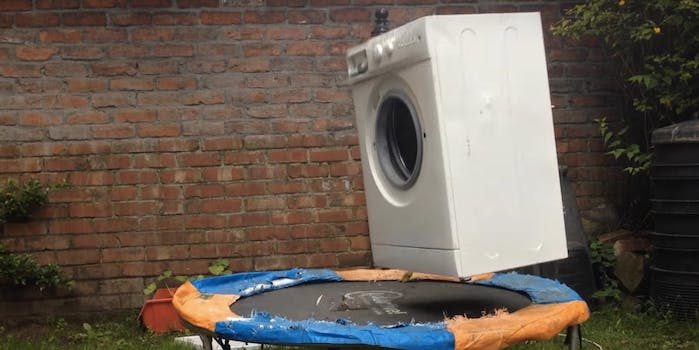 Watch this washing machine chaotically bounce on a trampoline

Some sights are just so captivating that you can’t turn away. A washing machine with a brick inside of it while hopping around on a trampoline is one of those scenes.

In a video from YouTube user bootsowen that was originally posted in May 2015 and only recently began making the rounds, you can watch one of these home appliances chaotically jiggle and wiggle on a small trampoline. It’s an idea so simple with such engrossing results. Keep watching until the end for a destructive finish.

Want to watch more of this carnage? Just check out bootsowen’s YouTube channel for some extra good clean fun.