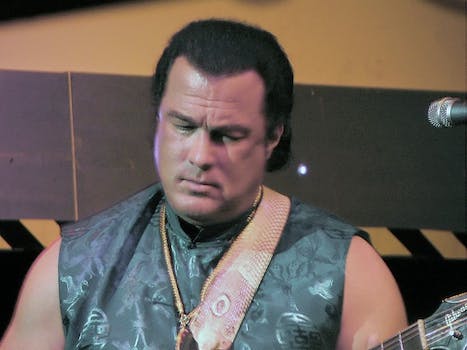 A minor movie studio is threatening to sue hundreds of Oregonians for pirating a terrible Steven Seagal movie.

Some of those accused say they’ve done no such thing, and now find themselves under siege.

Since February, Hollywood studio Voltage has sent out at least four lawsuits, naming a total of 615 people it says uploaded one of its movies on BitTorrent, and is asking $30,000 from each of them—$150,000 if the court finds that they were infringing on purpose.

Or, Voltage says to the people it sues, they can avoid the lawman and pay a $7,500 settlement fee.

Some of those named in the suit, like 64-year-old Emily Orlando, have never heard of the movie or of BitTorrent.

But there’s a big financial incentive for those who own regular movies to engage in similar practices, and technically, they’re not going above the law: The current U.S. copyright code allows them to sue for up to $150,000 a pop.