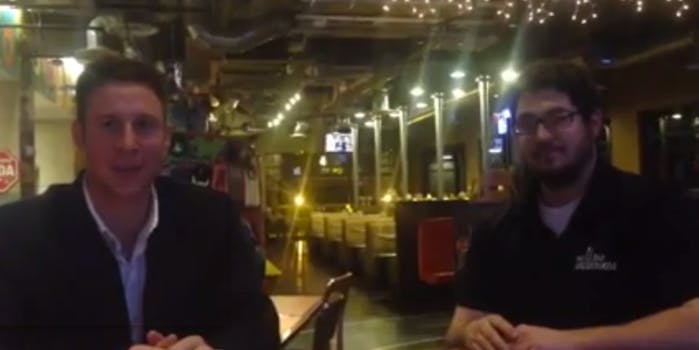 This guy found his ‘voice doppelgänger’ at a bar, so he made an awesome video to prove it

Finding a person who sounds just like you? Now that is downright impossible.

The chances of finding someone who looks someone just like you (without being related) is highly unlikely in itself.

But finding a person who sounds just like you? Now that is downright impossible.

Except David Hughes managed it.

He met Andrew from Mississippi at a bar, and while the video itself doesn’t offer much explanation as to how they met or their initial reaction to discovering they they each found their “vocal doppelgänger,” but they decided to record a short video to show just how similar they sounded. It’s rather uncanny.

They both live in Charlotte, so if one of them has a career with audio, they just found a perfect substitute.