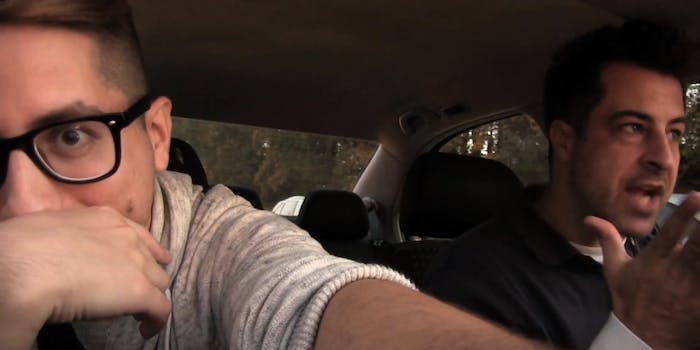 Vlogger trolls his dad mercilessly with a series of ridiculous questions

It's payback for the years of awful dad jokes.

All this dad wants is for his vlogger son to ask him an honest question.

Aaronisafilmnerd ambushed his father for a sociology project, asking his father some lofty life questions while on a drive. The questions are not to his father’s liking, however, and he begs his son to ask him a real, normal question. Something “relevant to everyday living.”

We understand why the dad gets a little frustrated, as he tells his son he’s trying too hard. Maybe just ask your dad his favorite color? Or what he wanted to be as a child?  However, our lingering question is, why do this dad and his son look the same age? Freaky genetics and probably chemicals in our water, right? Those are the real questions.