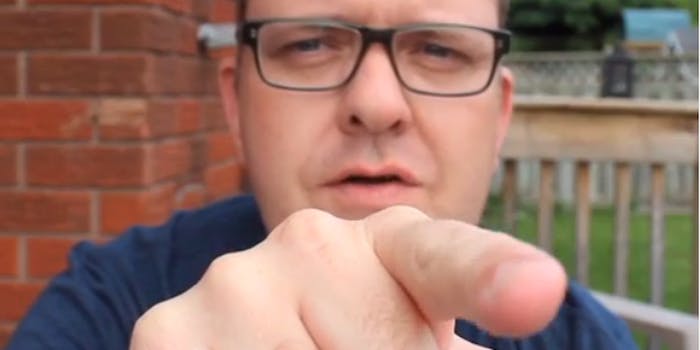 Vine genius invites you to wreak havoc in his life

Brittlestar has a simple request: Put your finger on a certain spot on your screen.

Vine user Brittlestar has a simple request: Put your finger on a certain spot on your screen.

Before you know it, you’re causing chaos in Brittlestar’s world—flicking a switch, tickling a child, and spilling his drink.

We have an idea of how he pulled this off. A few months back, top Viner Ian Padgham showed how to create a 360-degree view of an object using tape and a marker.

Chances are Brittlestar used a similar approach. We’re not sure how he made his drink violently slosh around, however. We’ll put that down to magic.