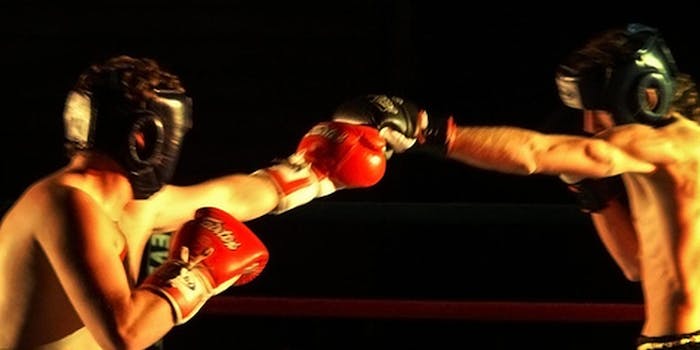 Shut up and play the hits.

How often have you clicked through to a nasty-sounding fight video on YouTube or WorldStarHipHop, only to find yourself wondering when someone would actually throw a punch? Well, first of all, you’re a terrible person. Secondly, Vine Fight Club is here to help.

The hard-hitting Vine account has amassed nearly 4,000 followers in a matter of hours, and from the three posts so far, it’s clear how this works: Someone is combing through popular fight videos and editing out all the dancing around, leaving us with a few climactic seconds, on loop. Here all context is lost in the interest of isolating the big knockout punch.

There’s some unintended irony in slapping your logo on footage you didn’t film yourself, though perhaps in our remix culture, adding a dubstep soundtrack to something makes it officially one’s own. You can compare the two approaches for yourself. Here’s a drunk bully getting dropped on the streets of Austin at last year’s SXSW festival.

Sure, the full video may capture a tense buildup as well as the chaotic aftermath and police response, but what voyeur of violence has time for that? Let’s see some more jabs and haymakers.