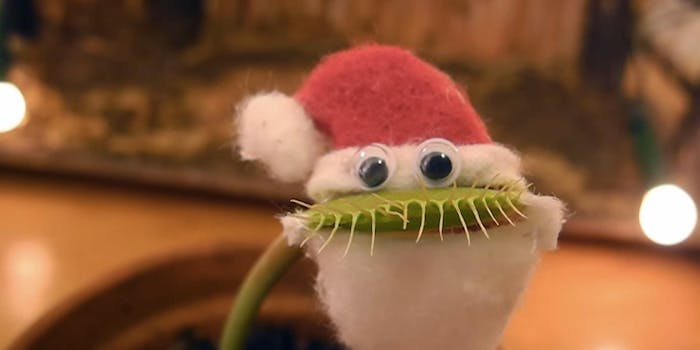 Joy to the world: a Venus flytrap dressed as Santa

Don't forget to leave some bugs out by the fireplace tonight.

Feeling holiday ennui? Regret paying a personal shopper $100 an hour to pick out $5 earrings for mom? Nauseated by the overwhelming odors of pine and nutmeg? Yeah, us too.

Until we got a load of this Venus flytrap dressed as Santa, that is. Christmas is saved!

Why is this little guy in such a festive mood? Probably because he made a New Year’s resolution to quit smoking—and he’s gotta have his fun while he can.