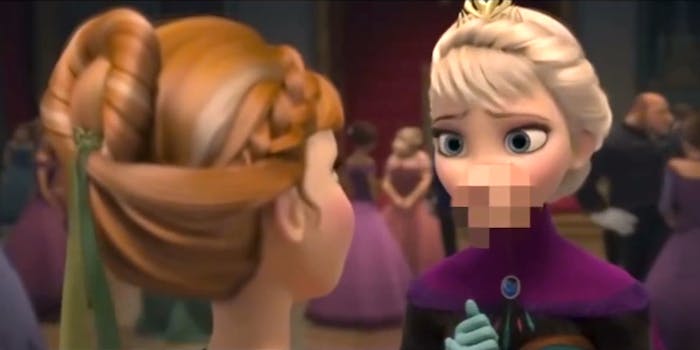 ‘Frozen’ gets filthy with a little unnecessary censorship

Anna wants to do what to that snowman?!

Frozen may be one of the most successful animated films of the year, but with a few tweaks it quickly loses its family-friendly sheen.

Jake Vale has given Frozen the unnecessary censorship treatment and turned it from a story about loving sisters into something a little less innocent. No longer is Anna singing through a keyhole about building a snowman. And what is it people are better at doing than reindeer?

And at the very least, it’s not another rendition of “Let It Go.”