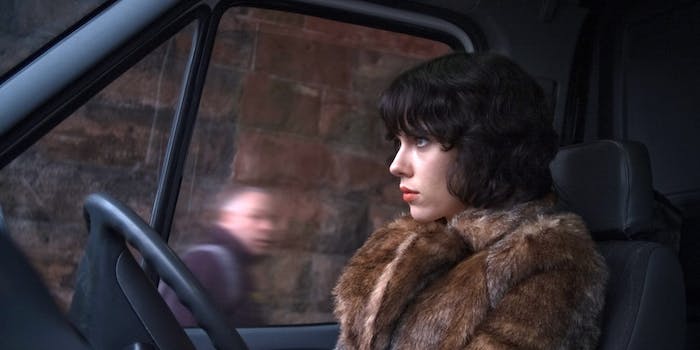 Sci-fi thriller ‘Under the Skin’ is getting a TV adaptation

It was previously made into a movie starring Scarlett Johansson.

Michel Faber’s sci-fi novel Under the Skin is getting another screen adaptation, this time for TV. Best known for Jonathan Glazer’s 2014 movie starring Scarlett Johansson, Under the Skin is about an alien who disguises herself as a human to prey on unwary hitchhikers in Scotland.

Deadline reports that production company Silver Reel just bought the TV rights, beating A24. Apparently the new adaptation will draw from the original book while also being “very respectful” to Glazer’s movie, and the production company are seeking a British writer to lead the project.

The Under the Skin movie was divisive but earned a lot of critical praise, a rare low-budget project for Johansson in between making blockbuster movies. Partly filmed using hidden cameras, it involved Johansson driving around Glasgow and picking up random men in a van, resulting in unscripted scenes featuring non-professional actors.

Praised for its obscure, unsettling atmosphere and ambiguous depiction of gender roles and predatory behavior, the film was relatively light on plot. Any TV adaptation will probably make significant changes to the story, including fleshing out the main character. It’s unclear whether filmmaker Jonathan Glazer will have any input into the new adaptation, although we won’t be surprised if the show copies the memorable black void where Johansson consumes her prey in the movie.