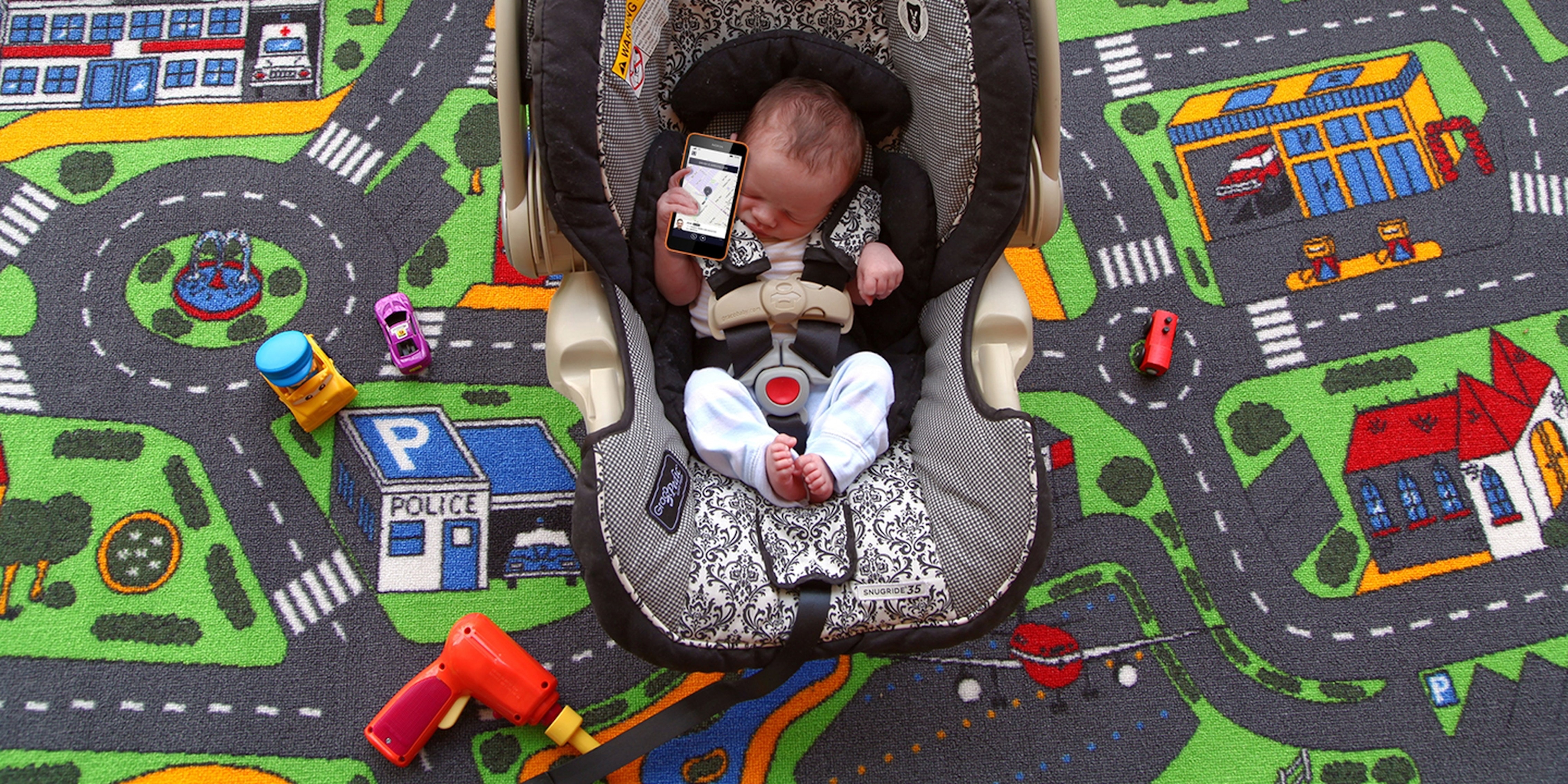 He refused to sell her out.

By this time, most people have hilarious stories about riding in an Uber to wherever they have to go. But they have nothing on this guy.

Last September, when he was working and living in Washington D.C., 18-year-old Tomas Santana decided to call a car with the vehicle-beckoning app instead of taking the Metro home. When he saw what was supposed to be his Uber roll up, he was hesitant to jump in the car because, to his surprise, there was a child in the backseat.

It was indeed his ride home—with an extra passenger.

MY UBER DRIVER BROUGHT HER KID IM LAUGHING SO HARD I HAD TO APOLOGIZE pic.twitter.com/5mAXTmplHb

“My driver never said anything about their kid, the kid however had a lot to say to me,” Santana wrote in an email to The Daily Dot. “He asked lots of questions like: ‘Who are you?’ and ‘Why do you have a skateboard?’ Aside from being just a very curious child, he was very well behaved except for the fact that he kept spinning the wheels of my skateboard for the entirety of the 30 minute ride home.”

Santana initially tweeted out the picture back in September, when it racked up about 200 retweets—a good chunk of attention, but not what exactly you’d call viral. Uber Support caught wind of the situation and responded.

@MUDFAP Definitely not okay! Please get in touch by replying to your emailed trip receipt so we can follow up with you about that.

But he wasn’t about to sell out his driver.

.@Uber_Support I ain't no snitch

The 18-year-old’s Uber experience didn’t get more attention until early January, when the Twitter account @GreatestUbers (which is essentially a collection of wild stories from riding in their vehicles) tweeted out screenshots of Santana’s replies.

That’s when the photo went truly viral, with people coming back to Santana’s original tweets—as his handle appears in the @GreatestUber screenshots. People on Facebook and Instagram began posting the images as well, and Santana’s proud about them ending up on memes.com.

“I didn’t mind Uber’s response, I understand they have a business to run and that they have rules for their drivers, but I also understand what it’s like for a working parent,” Santana says. “I didn’t want to get my driver in trouble and I also saw an opportunity to say something funny and keep it lighthearted.”

Other denizens of the Internet have also piped up and given their take on the situation, feeling similar to Santana. There are some negative comments, but the positivity and support definitely outweigh the haters.

@Punisher_Elite @oheyyitsheather If your mom needed to make money and had to be an uber driver, she'd do the same.

And once thousands of people started coming back to the tweets, liking and retweeting them, Uber Support finally acknowledged them with what could either be construed as a sublike or a genuine “dang, chill move bro.” It’s up for interpretation.

Supporters have even spilled over to Santana’s Instagram account, where hundreds have given him shoutouts for not tattling: everything from “Respect bro” to “No snitch *ok hand emoji* *laugh crying emoji*.”

“I don’t think I did anything wrong, something funny happened to me and I wanted to share it so I don’t pay too much attention to the negativity,” Santana said. And that’s how a humorous picture became a five-star defense of Uber’s workforce.