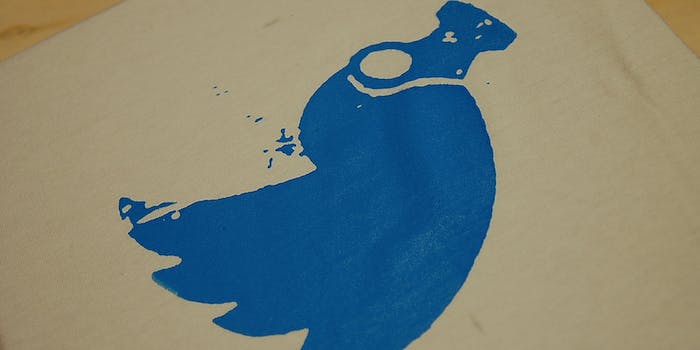 Twitter faces a new lawsuit from cellphone users who claim they are illegally spammed with text message ads from the social network.

The lead plaintiff in this case says that Twitter doesn’t undertake readily available procedures to purge it advertising rolls of recycled phone numbers—numbers that once belonged to a Twitter user but have since been reassigned to someone else. The plaintiff also claims that Twitter makes it near impossible for users to opt out of SMS advertising they never consented to in the first place.

The case has been filed in a San Francisco Federal District Court by Beverly Nunes, a Massachusetts woman who complains of receiving multiple text messages from Twitter every day despite having never consented to such adverts. In her formal complaint, Nunes says the messages start early in the morning before 8am and continue past 9pm, despite several attempts to opt-out.

Under the terms of Nune’s lawsuit, which is currently seeking class action status, Twitter is charged with violating the Telephone Consumer Protection Act. The TCPA is a 1991 law that curbs telemarketing activities, but has since been interpreted by courts to apply to text-based communications as well. Under the law, companies can not advertise to U.S. consumers via SMS unless they have gotten consent.

And although Twitter does follow this rule with new customers, Nunes said the company is falling short when it comes to a unique set of circumstances involving recycled numbers.

Text-based advertising is an important part of Twitter’s business model. According to court documents, 90 percent of the company’s revenue comes from ads either on users’ feeds or sent directly via text. Twitter processes nearly a billion SMS tweets per month, according to Courthouse News Service. Texting is such an important part of Twitter’s business that in 2010 they bought messaging infrastructure service Cloudhopper in 2010 to connect directly with mobile carriers.

But despite this investment, Nunes claims that Twitter doesn’t do enough to clean-out its advertising rolls. Even after a number has been recycled, they continue to text advertisements to it, as if the number still belongs to the individual who originally gave his or her consent to the ads.

“Despite industry guidelines, commercially available resources and the obvious lack of consent associated with recycled numbers, Twitter fails to take the necessary steps to insure that its automated text messages are sent only to consenting recipients, nor does it have incentive to do so. Twitter is paid based on the volume of activity of people using its platform,” court documents state.

Nunes also claims that Twitter makes it difficult for these recycled phone number holders to opt out. If the Twitter account is SMS-only, then users can text the commands “Stop,” “Quit,” “End,” “Unsubscribe,” or “Arret” to deactivate the account. However, in the more likely situation that the phone is tied to a Web-based Twitter account, users have to text “Off.” Nunes and her attorney say that consumers “must be well-versed in Twitter’s SMS commands to effectively communicate a stop request.”

The lawsuit seeks $500 in damages for each confirmed breach of the TCPA. However, as PC World’s Zack Miners points out, Nunes and her attorneys may have a difficult job proving their case. A judge recently threw out a similar case filed against Yahoo last year.