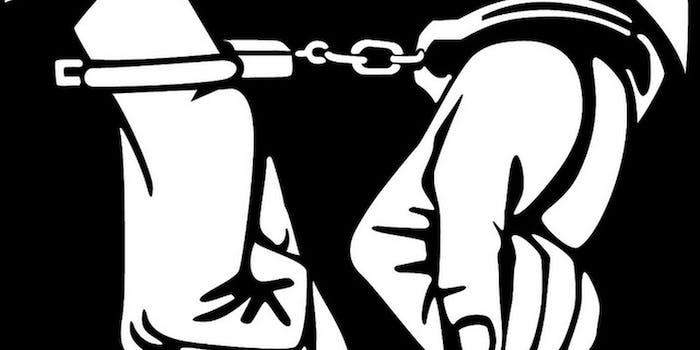 The graphic video has been viewed more than three million times since surfacing on March 18.

A 19-year-old Ohio woman was arrested after savagely beating down another woman at her home over a Twitter feud.

According to differing reports, Tashay D. Edwards was arrested either on April 16 or March 19 for “assault and violation of a temporary protection order,” reported the Chronicle-Telegram.

The entire incident was caught on tape and posted on video blog WorldStarHipHop on March 18, where it has since collected more than three million views.

The minute-long video allegedly shows Edwards speaking with another woman in a doorway. About halfway through the clip, Edwards violently throws the woman against the outside of a house, stomps on her, and drags her down some stairs by her hair.

The video has been tweeted more than 29,000 times, with most people laughing at the victim’s misfortune.

WorldStarHipHop has a reputation for posting obscene and violent videos. In November Gothamist called the blog “an Internet cesspool that’s cashed in big on senseless fight videos.” The blog is also where a video of a supposedly 14-year-old girl performing oral sex on a male in public was published in October.