The Tweekender: Emmy Rossum takes over the Knicks’ Twitter

All the news that's fit to tweet, in 140 characters or fewer. 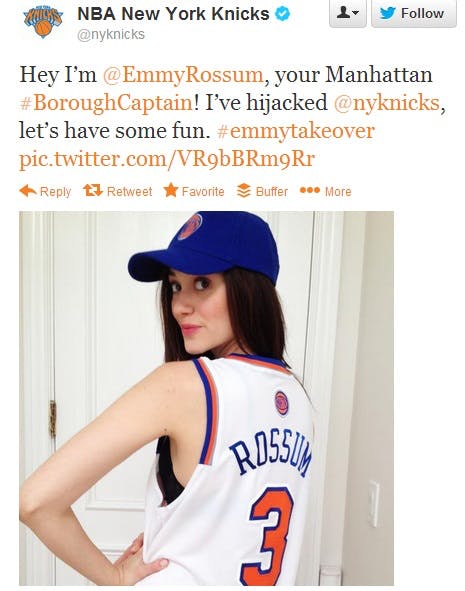 This week’s notable new users: Heather Graham is finding her feet, so help her out why don’t you?

Photo of the week: More from Rossum’s Knicks takeover, with a snap of “assistant captain” Cinnamon Rossum. If only all Twitter takeovers were as cute. (@nyknicks)