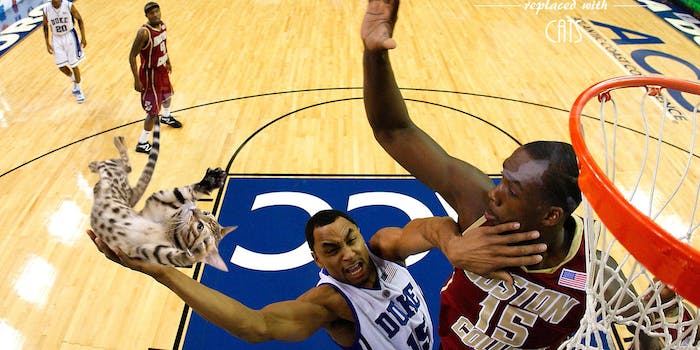 Today's best new Tumblr is "just a bunch of muscled people competing for the sweetest kittens."

Sports Balls Replaced With Cats, the best new Tumblr you never knew you needed, is exactly what it sounds like.

The anonymous creators Photoshop the balls out of sports action shots and replace them with furry felines that will warm the coldest of sports skeptics’ hearts.

It’s “just a bunch of muscled people competing for the sweetest kittens,” the blog’s creators wrote about the project on their Facebook page.

They started the Tumblr on Sunday and have since Photoshopped the cats into 16 photos. Some of the kitties don’t look too pleased at their new positions on the field, while others are fiercely protected by professional athletes/kitten handlers.

But if you come to Sports Balls Replaced With Cats for the… well, the sports balls replaced with cats, you should stay for the captions. “Muscled (but nonetheless sweet) men competing for the possess of a cute kitten” is really the perfect description of this photo: 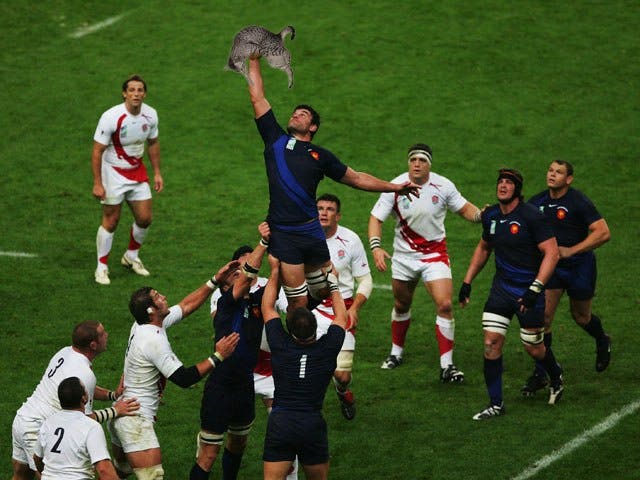 Here are our favorite catball photos so far. The blog’s creators promise they’re working hard to “train more of the cutest kittens in their role” so they can post more updates: 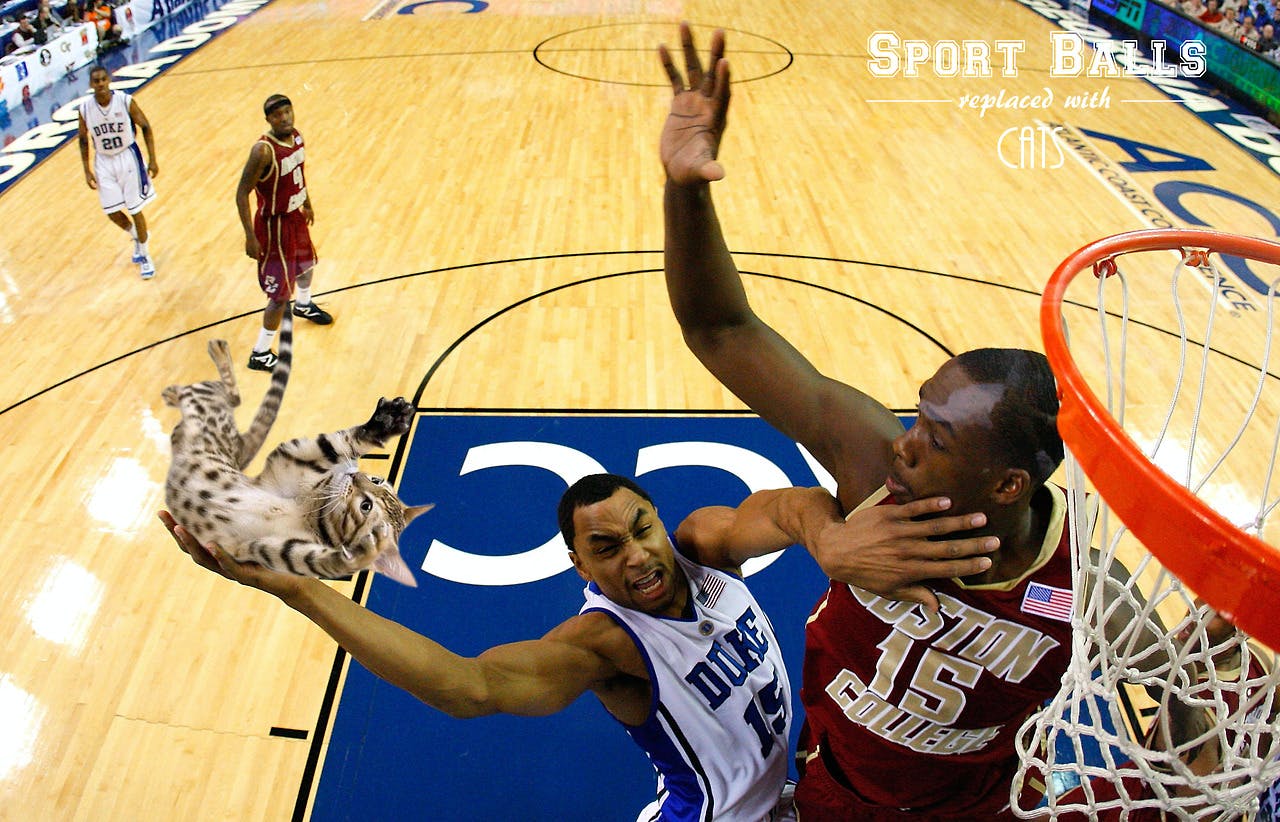 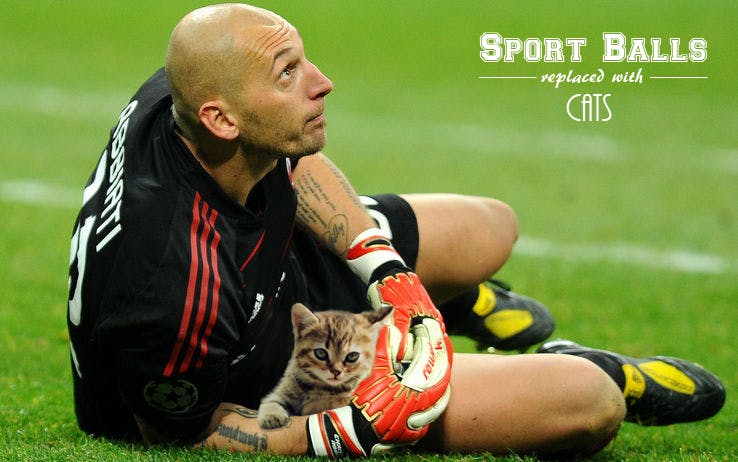 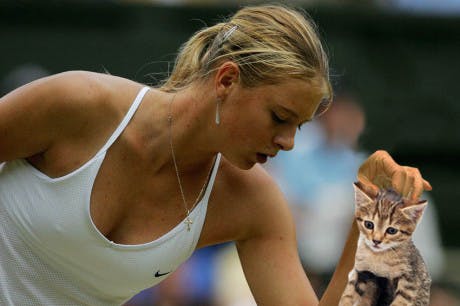 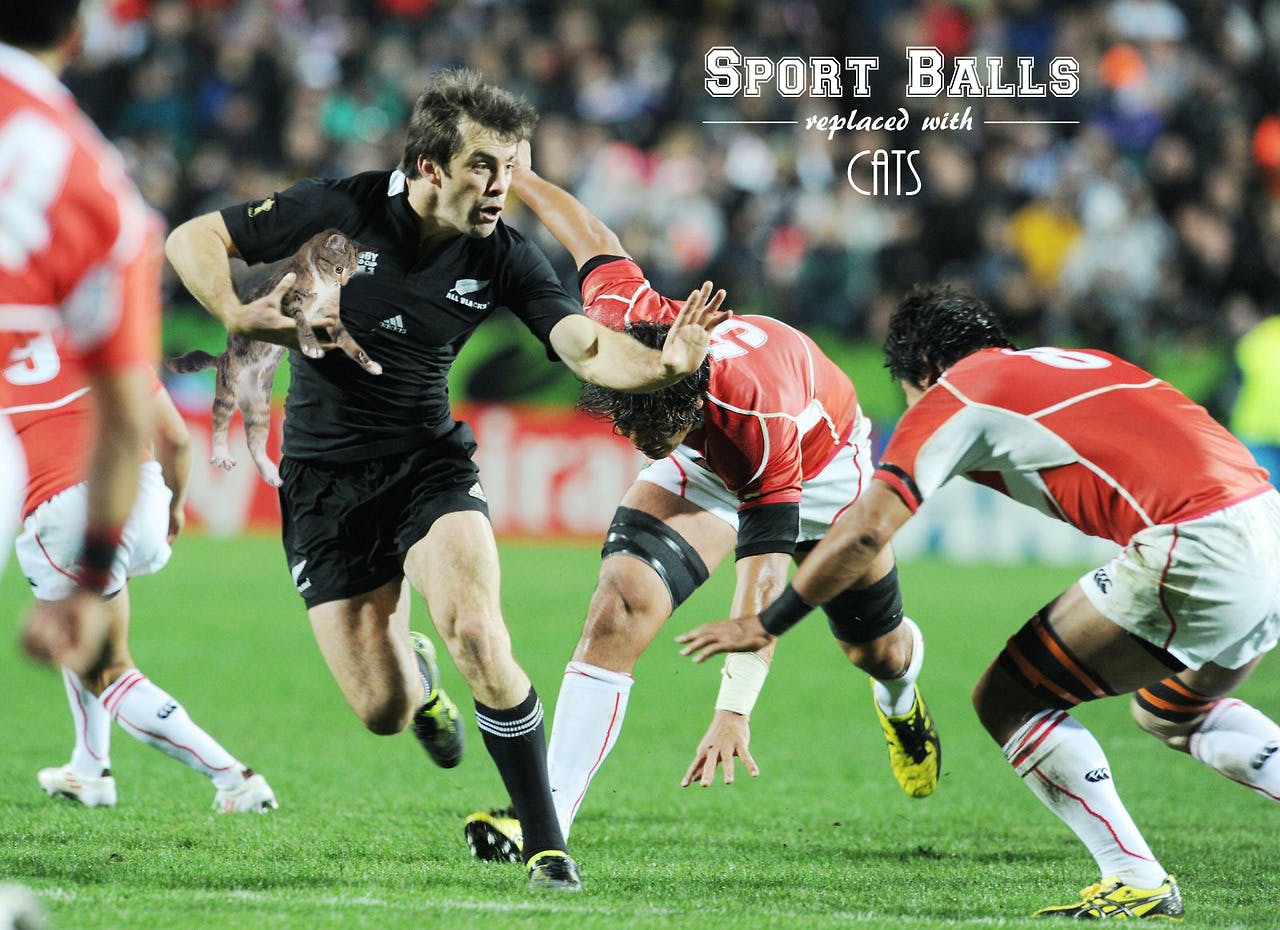 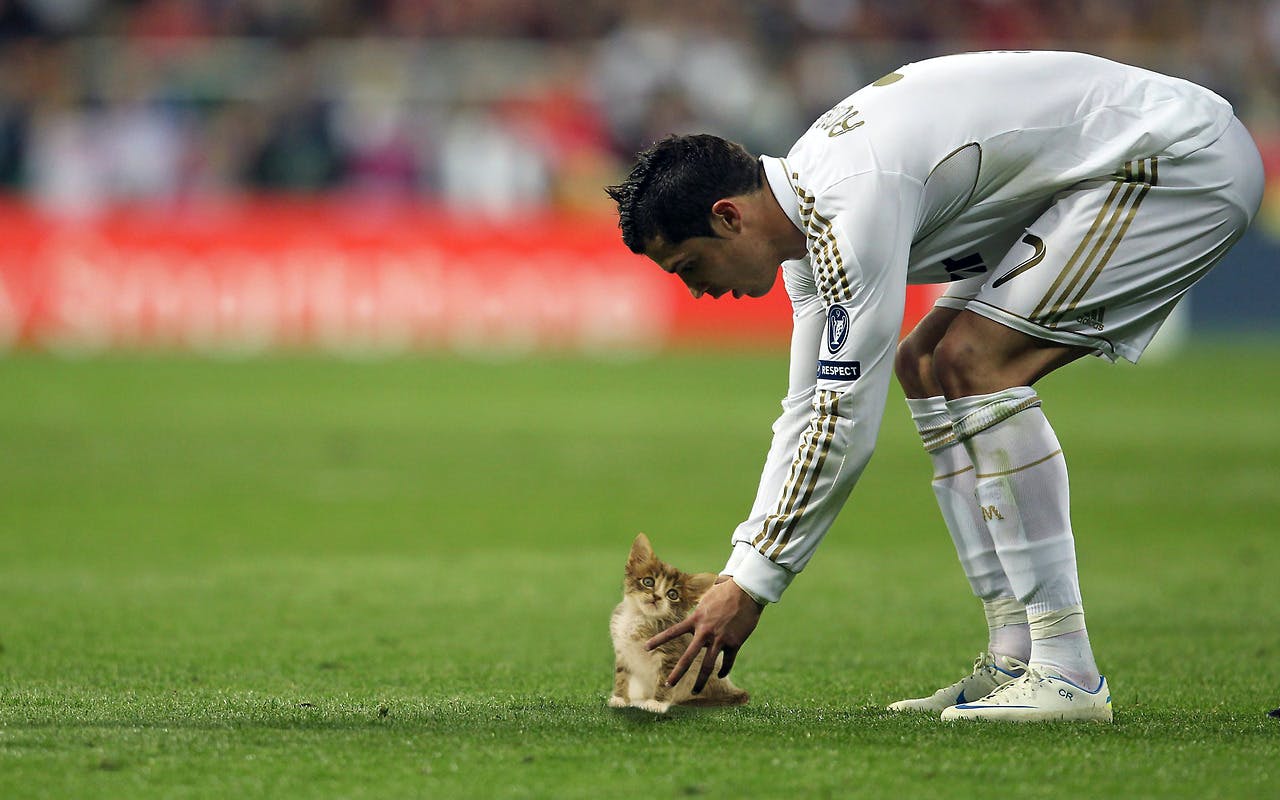 All photos via Sports Balls Replaced With Cats/Tumblr