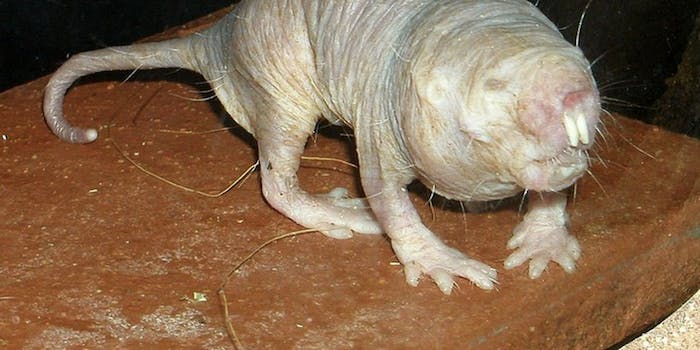 Do not disrespect me in my own home.

Admit it: Texting has become a chore. Your fingers once danced over your phone’s keypad with electric grace and whimsy, but now they pound out communiqués with brutal, ambivalent efficiency. Ten people will text you at once, and if you don’t reply to all of them within the next five minutes, you’ve ruined damn near all of your friendships.

Instead of annoying loved ones with slow response times, why not troll them with photos of naked mole rats? It looks to have worked out pretty well for Twitter genius @_blotty and her followers.

I made these at 4 am last night and sent them to my sister pic.twitter.com/ThWr0ZkGad

Please send these to your whole family thanks pic.twitter.com/7M0MamZhfa

@_blotty 'this went from self empowerment insulting to just plain insulting' pic.twitter.com/aZsoIkUD5s