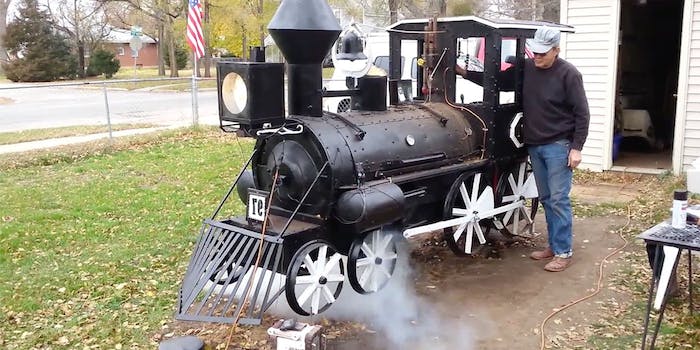 Train-themed BBQ smoker will have you burning with jealousy

There are no words.

Bow down, puny mortals. Your paltry attempts at grilling will never be as impressive as this custom-built, train-themed barbecuing monster.

The grill, a near-perfect model of an old-fashioned steam engine, took three years to build, but boy was it worth it. As one self-declared “barbecue engineer” on Reddit pointed out, the creator had “literally add[ed] bells and whistles to his smoker.”

As you watch this creation in all of its perfect majesty, try not to weep as you realize that you will never experience it first-hand.