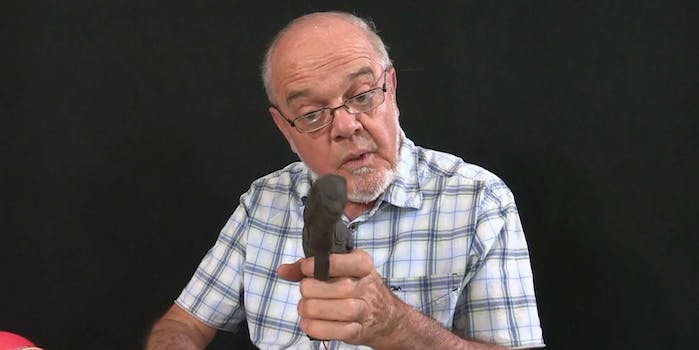 Hendrik Ball started his show off with a bang, and you can't top that.

One of these things is not like the other.

Hendrik Ball collects and sells unusual toys, and he’ll often review them on his YouTube channel. The latest episode featured four different novelty toy guns made in the U.S. and Japan during the 1980s.

The first gun, the only American-made model, is from Vic’s Novelties. Ball says it’s a rubber handgun with a separate battery compartment, but once he turns it on, it’s apparent that it’s not actually a toy you’d knowingly allow children to play with.

“It does this weird action as if you’re drunk or something like that,” Ball observed. “What a wonderful idea for a gun. Quite mad, but great fun.”

He then demonstrates the other three guns: a Russian Roulette homage, a balloon launcher, and a gun that shoots silly string, but most of his new audience has probably already tuned out.

He started his show off with a bang, and you can’t top that.