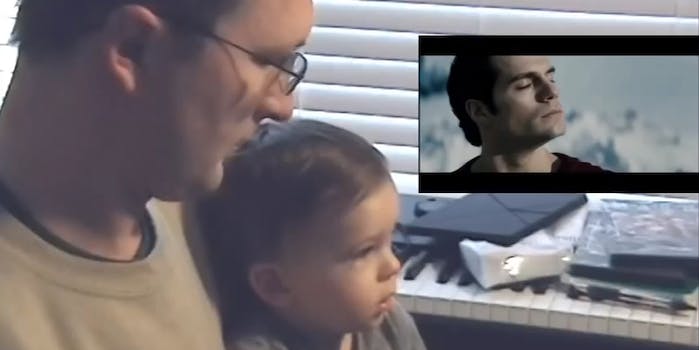 Even some of the worst movies can be redeemed in the eyes of a child.

Even some of the worst movies can be redeemed in the eyes of a child.

Man of Steel received mixed reviews when it came out last year, but Kal-El’s first flight is a thing of wonder the first time you watch it (no matter which film you’re watching). And when it’s your very first scene? That just might stick with you.

Sixteen-month-old Simon is sitting with his dad when he’s introduced to the first flight sequence from Man of Steel. As cynical as the rest of us may be, this is nothing short of pure joy, and he’s already practicing for his own first flight.

His parents may soon notice some towels suddenly go missing—and he’s already got his next Halloween costume eight months early.