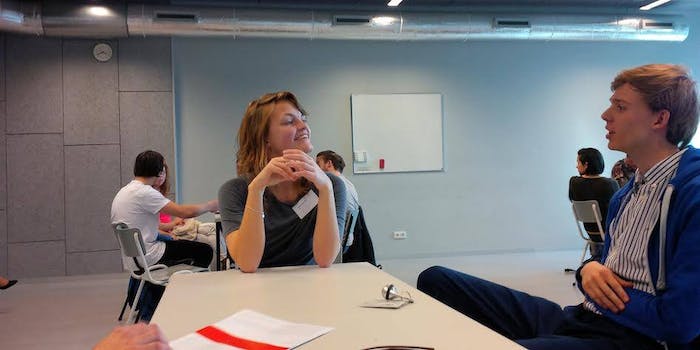 The Dutch politician is so desperate to win in the upcoming European elections that she is advertising dates on Tinder to anyone who’ll vote for her.

Both fans of dirty talk and psephology will be pleased to hear that the European elections, held on May 21, are decided on a closed party list system, which uses proportional representation to divvy up the seats. Since Kastermans is number eight in the Democrats 66 party pecking order, according to numbers crunched by the Netherlands Times, her party needs 18,000 to win her a seat on the European legislative gravy train. That’s unlikely, given how it currently only holds three, although this stunt could see many voters swing D66’s way (pun intended).