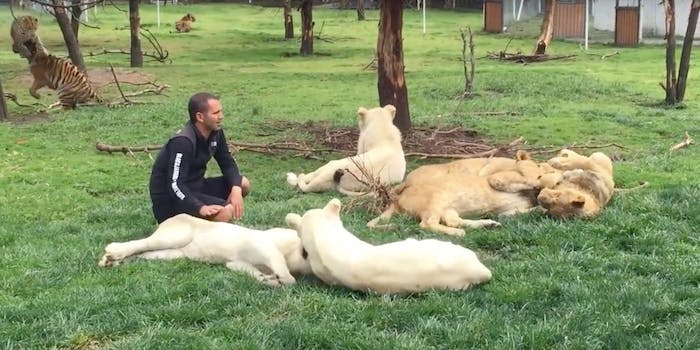 Tiger tackles leopard that was about to attack unsuspecting man

This leopard’s going to have to try harder next time if it wants to pounce on a feline master.

A video of a man hanging out with these big cats has been making the rounds. It starts off with the dude rubbing the belly of a lion who’s really enjoying itself. At around 0:49 you can see the leopard starting to creep on the man, but a tiger blocks the predator.

It looks like this all went down at the Black Jaguar-White Tiger Foundation, a sanctuary for these killers. So the guy is probably on pretty good terms with all of these cats, but you never know when one can get a little testy.

If anything, we’re thinking this jaguar was just a little jealous of all that belly rubbing the lion’s getting.