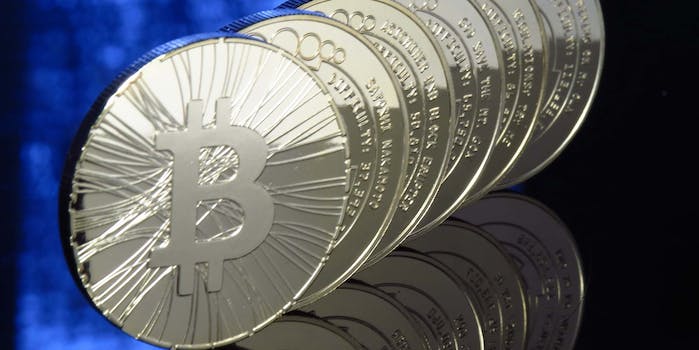 Florida is the first to file charges for Bitcoin money laundering.

Florida police are taking aim at some of the biggest bitcoin traders in the state.

Police just filed money laundering charges against three men who moved large amounts of cash using LocalBitcoins.com, one of the last great havens for anonymous bitcoin trades, according to Brian Krebs of the blog Krebs on Security. This is the first time Bitcoin vendors have been prosecuted under anti-money-laundering laws.

Even as most online exchanges respond to legal and political pressure by requiring more identification from users, LocalBitcoins still allows two nameless people to meet face to face and exchange hundreds of thousands of dollars worth of cryptocurrency.

Major Silk Road vendors like Steve Sadler have used the site to move hundreds of thousands of dollars. Compared to other money laundering techniques, LocalBitcoins can be a big bargain.

One of the users, “Michelhack,”arrested by Florida police traded more than $110,000 worth of bitcoins (more than 150 bitcoins) and earned positive reviews on almost every transaction. The other, “proy33,” has a LocalBitcoins profile that says he’s anonymously traded somewhere between $20,000 and $110,000 in bitcoins.

Undercover agents met with Michelhack to buy one bitcoin for $1,000 including a 17% fee. The agent told the seller that he was going to use the cryptocurrency to buy stolen credit cards online, Krebs reports.

From there, the buys only got bigger, ultimately climbing to a $30,000 cash-for-Bitcoin exchange that led to the arrest of Miami Beach’s Michell Abner Espinoza, the man allegedly behind “Michelhack.” Espinoza barely hid his identity at all: He used his LocalBitcoin nickname as a domain name listing all his personal details including name, phone number, Facebook profile, as well as his education and work experience.

In addition to Espinoza, 29-year-old Pascal Reid is charged in relation to activities by “Proy33.” He was arrested while undercover police attempted a similar $30,000 deal. Krebs reports that police found Reid in possession of a mobile Bitcoin wallet containing 403 Bitcoins worth about $316,000.

Finally, Vicente Loyola, 28, was also charged with money laundering as part of the same investigation. Loyola is already serving a year-long sentence for trafficking large quantities of MDMA.

Steve Sadler, a major Silk Road heroin dealer turned federal informant, discussed in detail how a criminal could use LocalBitcoins to make large transactions with little or no trace. It saved time, energy, and money, he explained. The biggest single trade Sadler ever made was in the bar of the Cosmopolitan casino in Las Vegas. Sadler was handed a briefcase packed with $84,000 in exchange for bitcoins.

Sadler said he knew he wasn’t the only Silk Road vendor making trades this way—in fact, he personally met several others along the way.