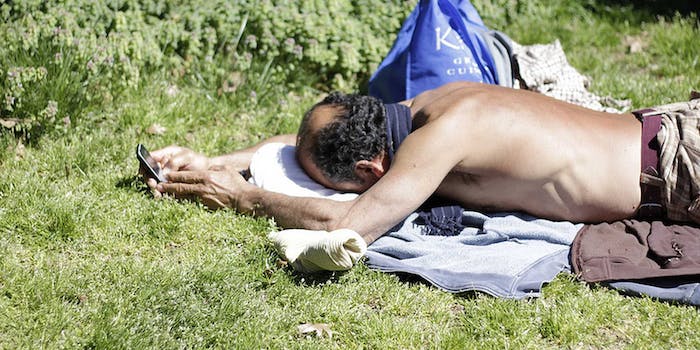 If you make your cell phone number public in an ad, you may get an offer you can easily refuse from Textastrophe.

Have you ever left your cell phone number in public? If so, you run the risk of being asked to draw a penis on someone’s car.

The hilarious exchange is one of many that can be found on textastrophe.com. The website operator, who wishes to remain anonymous, finds cell phone numbers that have been displayed in public on advertisements, Craigslist, etc. He will then begin a text exchange with the unassuming victim, appearing to be interested in the service they offer, before making a ridiculous request and seeing how far the exchange can go.

The site, which reveals no personal or identifying information, bears a passing resemblance to Don’t Even Reply, which chronicles the Craigslist trolling by John Lindsay.

“I have been working at a T-Mobile kiosk in a mall for two years,” Textastrophe explained. “I have a lot of down time and I get bored, so I just surf Craigslist and text them from the phones we have here.”

Textastrophe’s personal favorite exchange is “The Pet Sitter.” The post follows his answer to a Craigslist ad whose author offered to watch “pets of all shapes and sizes.”

“What kind of animal?” the victim asked.

“I guess you could consider him an animal, he won’t bother you much,” Textastrophe replied—with a photograph of an elderly man fast asleep in a chair.

Response to the site has been overwhelmingly positive. Each new post receives hundreds of shares and reblogs from fellow Tumblr users. Textastrophe has also earned over 15,000 followers on Twitter and over 7,200 likes on Facebook. Here’s one classic example, “The Autograph.”

“Can you please post more? This is the best thing i’ve seen on the internet,” Facebook user Daniel Crispin wrote.

Responses from the unaware participants themselves have been varied. Occasionally, one will “play along” with the ridiculous exchange, as evidenced in “Taxidermy Tales: The Creature.” Other times, the victim simply will not respond to Textastrophe’s initial greeting at all.

“One time I texted a middle-aged death metal band looking for a new keyboard player,” he said. “I wish they would have got back to me.”

Of course, there are those who have angrily tried to initiate contact with Textastrophe again.

“Sometimes people get pissed and call back, but I don’t pick up,” he said.

With Textastrophe’s exact location unknown, it’s possible for anyone to fall victim to one of his exchanges. Think twice the next time you share your phone number in public. You never know when you might get a request to move a bathtub—with someone’s overweight brother stuck inside.