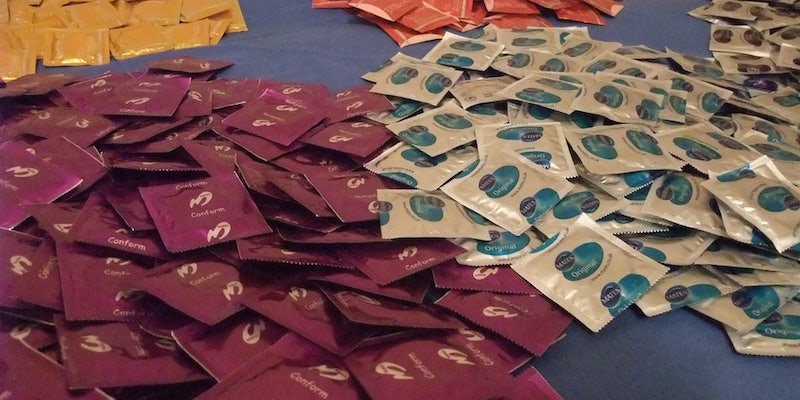 The birds and the bees, as explained by Yahoo Answers

That's going to be a really awkward first time.

Hey, GOP legislators: Want proof that abstinence-only sex ed is a total failure? Look no further than these Yahoo Answers search results, where clueless teens and pre-teens are desperately asking their peers “how to grow a condom.”

Redditor DeLaMaterDog posted a screengrab of the Yahoo Answers thread yesterday in r/funny:

Here are some of the original questions:

It’s impossible to say whether the queries were genuine, or the work of adolescent trolls (as someone who thought that boys used condoms as masturbatory aids and “hand job” was another word for “handshake” well into my early teens, I’m inclined to believe the former).

Unsurprisingly, however, most Yahoo Answers respondents viewed the question not as an opportunity for a teaching moment, but as a chance to try out their standup acts: 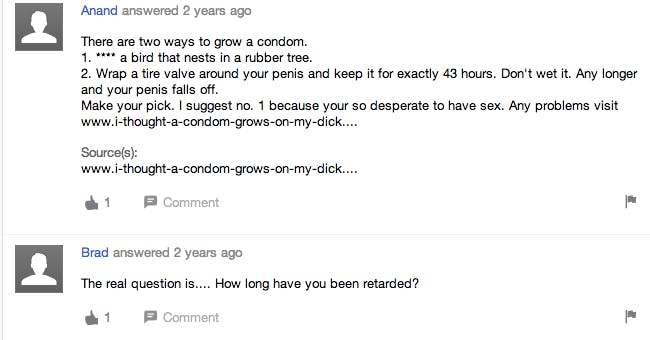 We’ll never know how these desperate young gentlemen eventually learned the truth about condoms (though we hope, for their sake and their partners’, that they found out prior to actually experiencing their first sexual encounters). Two things, however, are certain: 1) all sex ed teachers should address this question in advance by taking their classes on a field trip to the nearest drugstore, and 2) this: