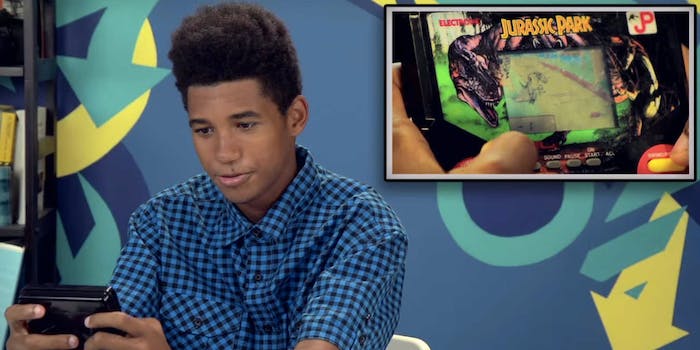 When you couldn't afford a Game Boy, you were stuck with Tiger.

If you’re of a certain decrepit age, you likely recall Tiger’s line of handheld electronic games from the ’90s —those little amusement devices that ostensibly let you control the movement of monochrome characters against a static LCD screen background (when it wasn’t too sunny out, at least). Did you know that not all of them are in landfills yet? Crazy, I know!

Anyway, the Fine Bros. did us all the service of forcing the youth to play with some of these primitive entertainments. The only thing funnier than how much they hate them is how quickly they’re addicted.